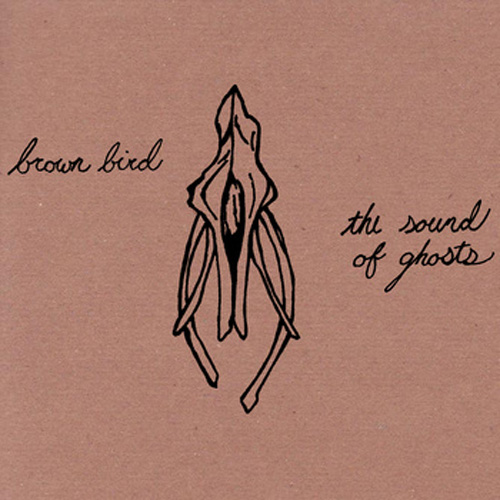 Brown Bird is David Lamb (guitar, banjo, percussion, vocals) and MorganEve Swain (vocals, fiddle, cello, upright bass). The duo is currently working on their fifth full-length to be released this fall, but first they will release their brand new EP, “The Sound Of Ghosts.”

Since the 2009 release of their fourth album, The Devil Dancing, Brown Bird has toured extensively in the US, and supported The Low Anthem on tour across Europe. They plan on kicking off their tour to promote “The Sound Of Ghosts” on April 6th and are slated to visit everywhere from the 2011 Newport Folk Festival in Rhode Island to the Virada Cultural in Sao Paulo, Brazil.

The EP is currently available for streaming or purchase on their bandcamp site, in both digital format and on a hand silkscreened CD, limited to 500 copies. We’re giving you a listen to the single “Bilgewater” here on TNLF.