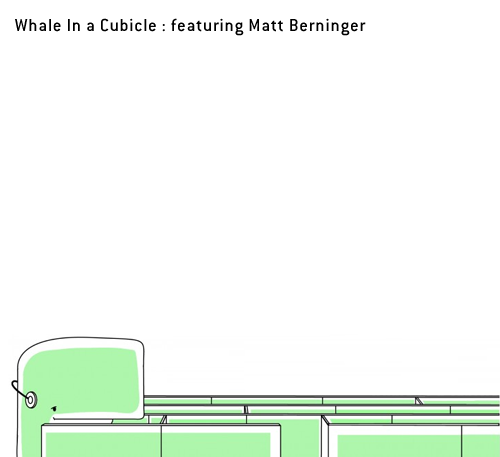 I found this track on an amazing playlist of one-off songs featuring Matt Berninger from The National. I was going to use a few of these songs on my own mixtape but then I realized that keeping this playlist to myself is greedy and a disservice to you. So here is one of my favorite tracks from the playlist to start you off . . . The Forms feat. Matt Berninger on “Fire To The Ground” from The Forms EP Derealization.

Another great track on that EP is the math rock inspired Steady Hand featuring Andrew Thibaldeux from the Philadelphia duo Pattern Is Movement. Amazing stuff.

When you’re done with that, check out the entire “Featuring Matt Berninger Playlist” on Whale In A Cubicle. This is one of the coolest compilations of songs that I’ve stumbled upon lately. I’ve been listening to it for the last day on repeat. Thanks for putting this playlist together Whale in a Cubicle.

The Complete Whale In A Cubicle Playlist includes:

[audio:http://thenewlofi.com/wp-content/audio/2011/05/Fire-To-The-Ground.mp3|titles=The Forms – Fire To The Ground ]

The Forms ft. Matt Beringer Fire To The Ground