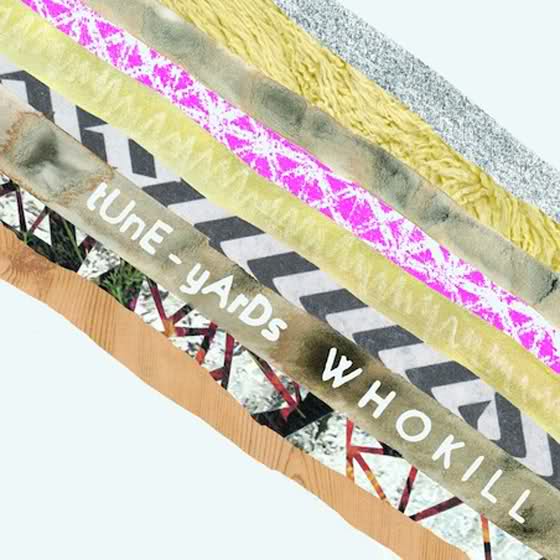 Released in April 19th, the second album from tUnE-yArDs, WHOKILL, has been and will continue to be one of the most talked about “indie” albums of the year. After giving this album a first listen, you’ll fall on one of two sides of the conversation; the lOvE side or the hAtE side. And honestly, if you fall on the hAtE side, I won’t fault you for it. I can see how this album can be hard to grasp at first. It doesn’t fall into any specific category and you can’t compare it to anything else.

That said, WHOKILL will come back to you. It might not be right away but it will. This album isn’t going away. It will eventually haunt you day and night. I won’t leave your mind. Then you’ll find yourself reaching for it over and over and over. Each time you listen to it, you’ll hear something you didn’t hear before. You’ll begin to understand that there’s an underlining method to the layers of sirens, clanks, ukuleles, horns, croons, yelps and roars.

Sidenote : I find it really funny that iTunes doesn’t have an info on this band. I can see it already. Fast forward a year and they’ll have a huge, sexy spotlight on them . . . watch and see. Don’t believe me though. Give these songs a listen and make your own mind up. Then buy the album here.

Afro-Brazilian vibes from Fabiano Do Nascimento
London-based producer, Ben Hayes teams up with Nubya Garcia for his new 4-track EP
If you like disco house, you need to listen to Harry Wolfman
Nightmares on Wax x Fat Freddy's Drop
PAX Rework Electric Feel
The Swedish dream-pop quartet, Little Dragon release a new single to wrap up 2019
John Gemberling stars in the new Dillon Francis video for "GO OFF (Nuthin’ 2 It)"
Beck's new album, Hyperspace is out today
Modeselektor release a brand new album for 2019 (the 2nd track is fire)