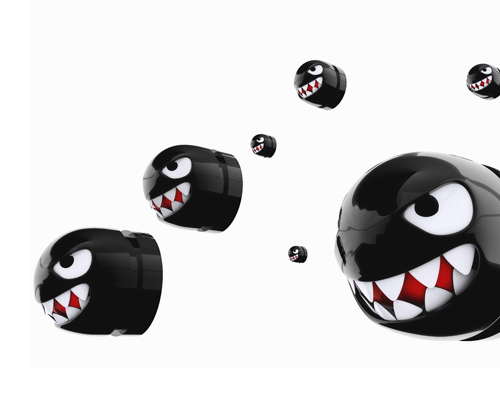 Power Ups for your Morning Commute Word to the wise. Starting your set with the Overworld Theme from Super Mario 2 at an XBOX event might not be the smartest move. But hey, it was kinda irresistible once I discovered this gem of a site. It has all the theme songs from Mario brothers as well as other goodies. That way you can annoy the bejesus out of your coworkers or walk around the city cranking the Mario I Underworld theme, you can even download powerups which come in handy when you’re running to catch that train.

Here’s another awesome bunch of sound effects from DJ Techtools. It’s all the sound effects from Street Fighter as well as some midi mapping stuff. Once you get this, I dare you not to throw in a few Sonic Booms, Hadoukens and Yoga Flames into your daily routine. Not a DJ? That’s fine! You can shout video game sound effects towards your friends,co-workers, parents, gf/bfs and bffs. Try it…it’s a fire starter. For example:

Her: “Honey, that was amazing”
Him: HADOUKEN!!

When I was a kid I used to play Street Fighter with my friend Michael King but we liked doing the sound effects ourselves. To make it weirder, we’d play the game for hours while listening to Shai’s “If I Ever Fall In Love” Album, a gift from his older brother and sister and I’m pretty sure the only CD we had between us. So basically, every time I play Street Fighter I hear this:

Shai: If I Ever Fall In Love (Remix)

Also, if you’re in Brooklyn, the Mishka store has free Streetfighter and Mikey’s Hookup has Street Fighter AND Ping Pong, though you’re almost guaranteed an ass whoppin if you play Mikey.