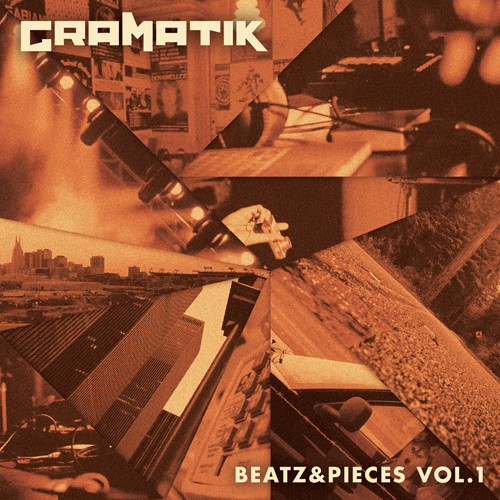 Kanye, Jay Z + Pretty Lights made an album together! Ok, I lied . . . but if they did, I think it might go the way of Gramatik’s new album Beatz & Pieces Vol 1. If you don’t know Gramatik yet, here is his bio which I swiped from Facebook.

“I’m Gramatik. This is my page. I make music sometimes. But most of the time I just like to smoke weed. And then watch Comedy Central & HBO. My favorite color is black and I’m not a Vegan. I have a mustache.”

If that doesn’t cover everything, I don’t think I can help you but I’ll give it a try any way. Gramatik is an artist on the Pretty Lights Record Label. Yes, there is a connection to Pretty Lights so already you know you’re gonna like this. Gramatik works under the theory of “Free Music By Making Music Free” which is awesome and as that’s his theory he’s giving his latest “official” album away for free by clicking here. Wasn’t that easy????

You may be thinking to yourself, “Who cares? Lot’s of artists are doing that now”. Well, yes they are. Totally solid argument. But there are different levels of free as there are different levels of quality. Some bands make you jump through hoops to get their stuff for “free” by signing up to email lists or liking them on facebook, or whatever else . . . . And then there is the quality issue. There is a lot of free music out there that isn’t really all that good.

I just realized that I’m rambling. I do that sometimes. Anyway, this album is pretty damn delicious. I’ll sum it up as, bits and pieces of jazz, soul and blues layered over hip hop inspired beats then seasoned to perfection with a dash of grand daddy purples.

“Insomniac Ideas” — the new EP from Berlin-based producer, Weirdo explores ideas of self-doubt, love...
Àbáse - Skeme Goes All City
Nova Batida pt.2 (the multi-media one)
Interview: Mattari
Inspired & the Sleep release an exclusive Vinyl Moon version of their self-titled LP
For his new single, California-based producer, David Provenzano steps away from pop music to make so...
The world's largest collection of the world's smallest versions of the world's largest things
It's Halloween In The USA
Lucas Hrubizna Directs the new Sam Tudor video: "Joseph in the Bathroom"