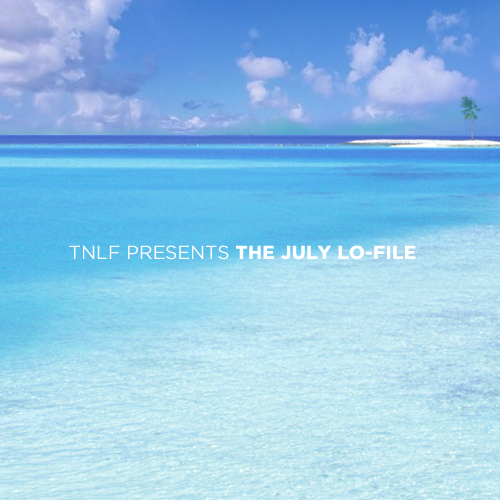 It’s been a few days since I’ve posted. You might be thinking to yourself “the new lo-fi has run out of new music to write about.” If you dared think such a thought I’m here to correct you. It’s quite the opposite. We’ve had so much great stuff in our inbox that it’s overwhelming to go through. But dang oh dang, there is some great stuff coming your way and what better way to deliver it to you than a brand spanking new 2nd edition of “The Lo-File”. Without too much more rambling, here are some of our favorite tracks from July . . . You can check out the individual tracks below or download a ZIP file with ALL of this goodness here.  And if you missed the June Lo-File, you can check that out here.

As a last thought, putting these insanely huge compilations together is a SHIT load of work. Honestly, my lady friend may throw me to the curb because the amount of time I spend working on this site. If you like these samplers/mixes/playlists and you want us to keep doing them, let us know by clicking “like” below.

You can also check out the June Lo-File here.