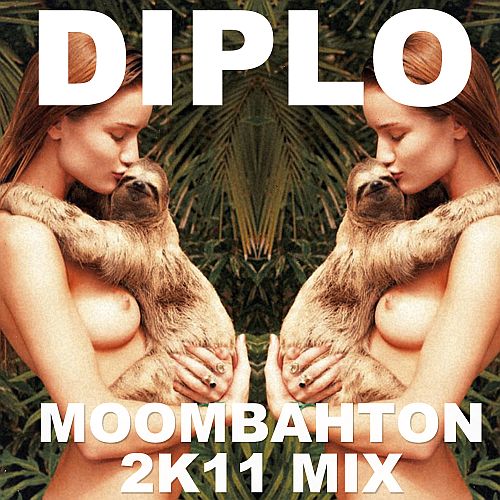 I seem to be in a Moombahton mood as of late. So let’s keep the Moombahton Marathon going with Diplo’s Moombahton 2K11 Mix. There is a bunch of exclusives, including the Heartbreak & Toddla T track.

Diplo (my idol / hero) has been pretty much a fucking inspiration to me since I moved to Brooklyn. I saw him play at the Warsaw in Greenpoint with CSS and Bonde Do Role to some crazy fucking dancing and 8-bit video. I mean the guy was putting together a music scene in Philly, starting a record label, and scouring the world for the latest beats. All of this while dating who I think might be one of the hottest English ladies alive, M.I.A. (yeah Maya, i know you wrote “Jimmy” for me). Not to mention he was the fire behind her albums. In any case, he proved that a pasty white boy (like myself) could not only date a hot brown girl, but be a force behind street music. So Diplo gives us countless hours of music, podcasts, videos, street shows, he starts Mad Decent, helps start up Major Lazer and produced one of my fav. albums, “Florida.”

Ass kissing aside, he’s also been a big part of bringing Baile Funk to North America as far as I’m concerned. All that early music, you can hear him working it in. It’s all over M.I.A.’s first album, and it explains why he was touring with Brazilians early on.

Now, I know Moombahton is big in the UK right now, but I think that Diplo is going to be a big factor in bringing it to North America. “Moombahton is so mad and buzzy and wıerd and crazy. We are on its dick here at Mad Decent” is what Diplo said when he posted the mix up on the Mad Decent site.

Get a hard copy of the mix at Blue Collar Distro or get the digital version at Beatport.