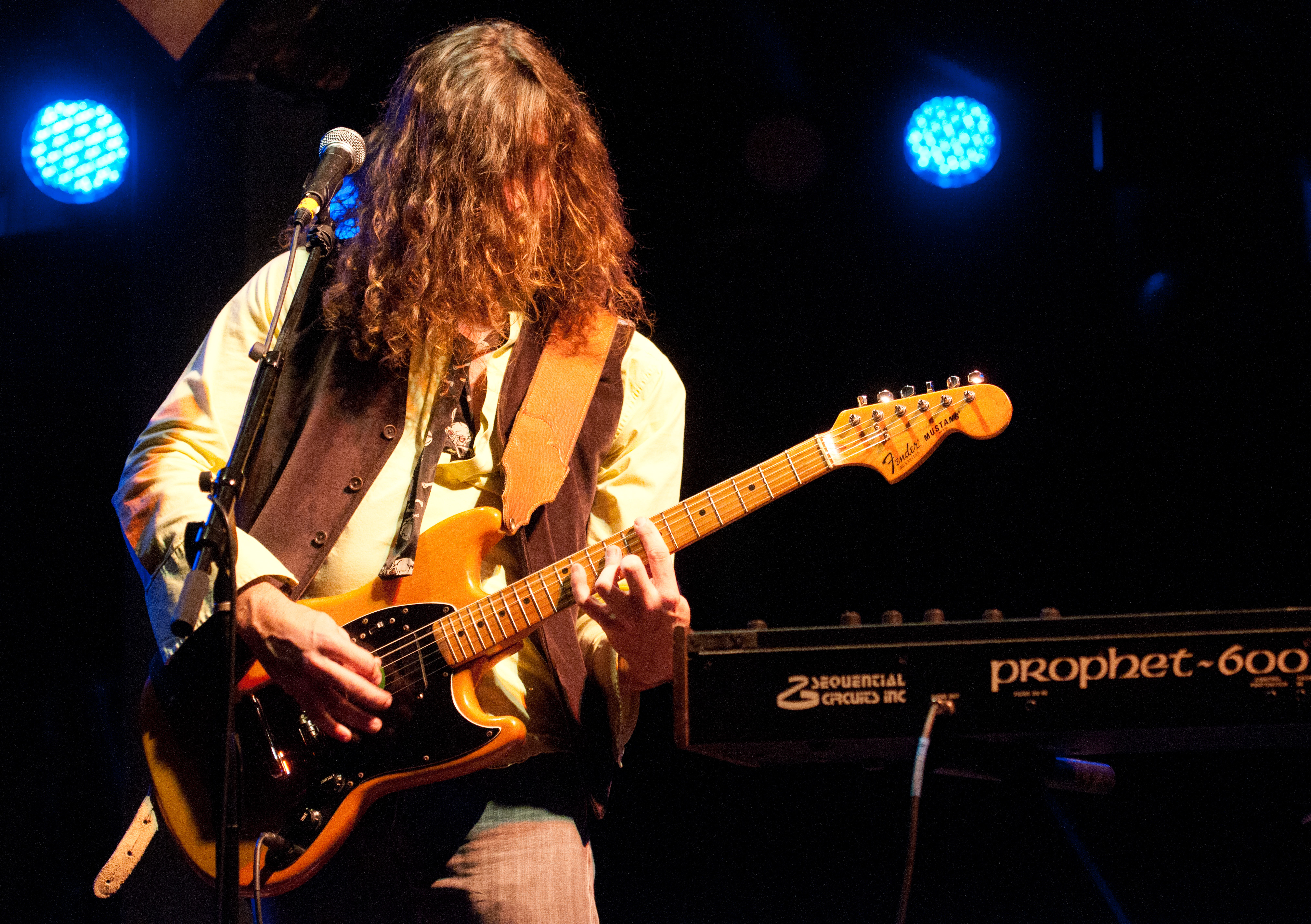 The boys of Solid Fuzz, self proclaimed players of “straight up rock and roll” are not your average rock band. With the three members dressed in everything from a three piece suit to a bedazzled-scull patterned scarf, they are an eclectic bunch to say the least. Even though they are still pretty underground, there is no arguing about the talent of lead vocalist and guitarist Kurt Schoenhals, bassist Matt hand, and drummer Russell Shelton. These three transplants from Oklahoma have come together to bring some good old fashioned rock and roll to New Orleans.
They take great influence from the New Orleans’ music scene, pulling inspiration from all genres, particularly jazz and blues. Having experienced the music scene in a number of cities before deciding on New Orleans, Shelton explains that, “it’s not everywhere that you can just share in the musical experience. That’s the thing about the city. You can go out and see so many different musicians play and there is always something that you can take from that.”
Even on the lackluster Thursday that I managed to catch Solid Fuzz, their true passion for the music came through in each song. They are lucky to be a city with generations of musicians that want to share the musical experience with the up and comers, and being able to sit in with some of the New Orleans’ greats has been very influential in cultivating the attitude that Solid Fuzz has toward music. Kurt has, “learned tricks from every artist down here,” and realized that it’s ok that this band is just starting to fall into place. With solid goals of integrating themselves further into the New Orleans music community and just continuing to have fun and make music that they love, it looks like Solid Fuzz is ready to take it to the next level. We can expect their first full length album, Acid Broadcast, at the beginning of 2012.
[audio:http://thenewlofi.com/wp-content/audio/2011/10/Solid Fuzz – Punchline.mp3|titles=Solid Fuzz – Punchline]
Solid Fuzz – Punchline

German marching band MEUTE reworks a Deadmau5 track into a live techno song
What is the significance of "57" for the elusive band, Sault – The band that has come out of nowhere...
The Dead South
Inspired & the Sleep release an exclusive Vinyl Moon version of their self-titled LP
Otha: One Of the Girls
Seb Zillner x Feux x Kalifornia Kurt - Wiley
East Coast meets West Coast with the KAUF x BAILE collaboration
Blast from the past: SHIHA remixes Miami Sound Machine's hit single "Dr. Beat" featuring Gloria Este...
Tim Rose and Darien Newton join forces on a road trip in search of beats