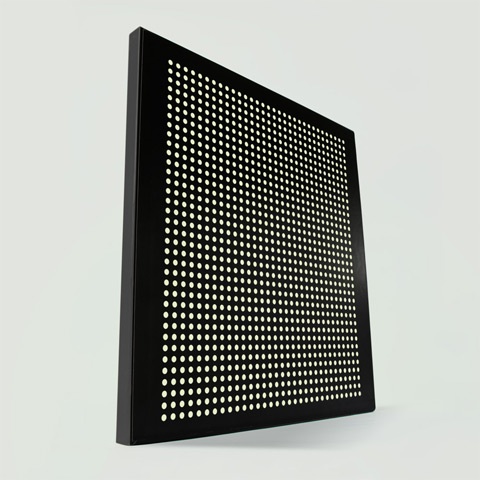 He’s baaaack. Squarepusher has a brand new album and a sick new video to go along with it.

Not that Squarepusher ever really left, it’s just that we didn’t really hear much from him in 2011. Then yesterday, I came across this video for the first single off of his upcoming album “Ufabulum.” The tracks called “Dark Steering” and has something to do with visions of the apocalypse nuclear missiles, and libraries says Tom Jenkinson who came up with the LED light concept to go along with the video.

Whatever the inspiration for the video was, it fucking works for me. It’s a refreshing take on light shows we’ve seen before. and the song itself is a slight departure from Squarepusher’s drum and bass style.

The new album is set to release on May 15th along with a live show to accompany the launch. And if the video for “Dark Steering” is any indication to how the live performance will go down, it looks like it will be sick. You can pre-order the album on bleep.

An album to keep you cool on the hottest day of the year
A beautifully written and designed cassette marks the follow up to Twain's album "Rare Feeling"
Sampa The Great: The Return
Anders Trentemøller hypnotizes you with his new video for "Sleeper"
New compilation inspired by lockdown and protecting the rainforest
Alex Fermanis joins Tom Herman on new psychedelic Old Smile EP: “Four”
The evolution of the neo-soul with J.Lamotta's new album: Suzume
New single from Kraak & Smaak: "I'll Be Loving You"
Carly Paradis is making orchestral music cool again