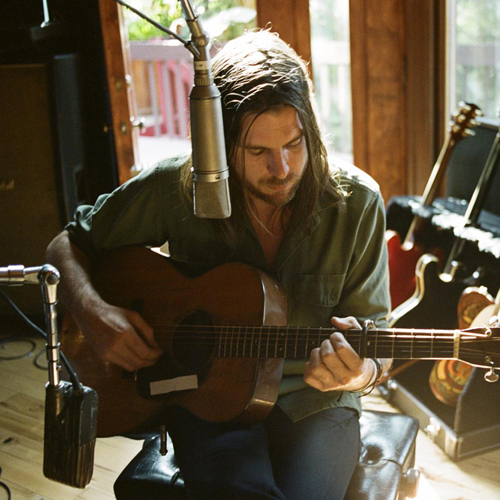 While working on some design related stuff the other day, this track came on. I had to stop everything and make sure I was hearing things correctly. What was this insane meld of sounds that combined Madonna’s La Isla Bonita with Neal Young and Crazy Horse inspired twin reverb fuzzed out guitar solos. It immediately stood out as something fucking epic. A little research brought me to Jonathan Wilson. Jonathan Wilson? I thought for a second, have I heard of this guy before? The immediate answer was “I don’t think so”. A little more research opened up a Pandora’s Box of grand proportions. The question shouldn’t have been “have I heard of this guy before” but “why haven’t I heard of this guys before?”

Where to start? Jonathan Wilson is equal parts song writer, solo artist, producer, band member and session artist. Looking at his resume, he’s worked with artists that range from Erykah Badu to Elvis Costello, from Jenny Lewis to Shooter Jennings, Jackson Browne to Benji Hughes and The Black Crowes’ Chris Robinson. The real magic though is what’s happening with some of his solo stuff.

Gentle Spirit came out about a year ago and yet I consider it one of the best album of the 60’s/70’s that never was. Let me explain. From the warm, aqueous melodies that flow between layers of instrumentals to the molten organ details that frame Wilsons’ weightless vocals, the album creates a vehicle for time travel to the late ‘60s / early 70’s. To help transport us through sound, everything was recorded on analog tape. Jonathan says that “analog simply captures things better and it takes the edges off. It creates a beauty much like film. I have a console that was built in 1972 and used to belong to Shelter Records. That’s a big part of the sound for the album.” There are so many magical moments on this album that my half assed review won’t do it justice but here are a few of my favorite tracks to get you started into the world of Jonathan Wilson.

I suggest starting with this digital non-sense as an intro to Jonathan Wilson but I have a strong feeling that vinyl is the way to really get immersed into this album. Wilson says “Given the popular culture’s preoccupation with all things digital, Gentle Spirit draws a line in the proverbial sand; the album was conceived for vinyl. I would say vinyl is the only real tangible format that contains meaningful value and the only one you can sell to me that retains any value. And to me, that’s on both sides of the table, the consumer and the artist. Even as a record collector I’ve always been vinyl driven. With vinyl, this is when the record sounds the best and when it comes alive. To me, this project and the album represent many things tangible and even more things intangible, those that can only be felt.”

I just ordered my vinyl yesterday.

A few last thoughts. The music industry has changed in recent years. And in all honesty, it has always changed from generation to generation. From the time of singles, to the time of albums, to the time of the original MTV people have always complained about how music isn’t what it used to be. That’s true for the way artists record it, the way it gets distributed, the way we share it and ultimately the relationships we build with it. But today, that change has come at a lightning speed which has altered our relationship with music more so than ever. Often times the speed at which music comes to us allows us to look at it as a commodity, disregarding the value of the personal relationships we used to build with songs, albums and artists. With that said, Jonathan Wilsons’ cover of La Isla Bonita is todays song of the day for acting as a gateway to a musician that still values the human aspect of music and strives to maintain the heritage between artist, song and soul.

[audio:http://thenewlofi.com/wp-content/uploads/2012/10/The-Way-I-Feel.mp3|titles=Jonathan Wilson – The Way I Feel]

The Way I Feel

Can We Really Party Today