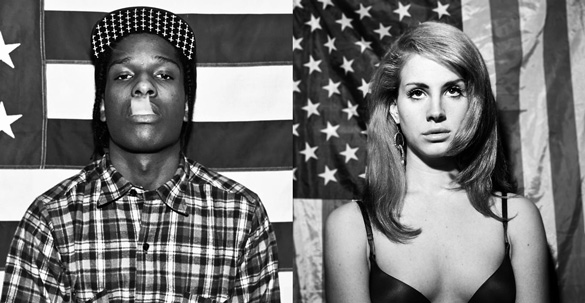 Lana Del Rey is stepping in the right direction on this new collaboration with A$AP Rocky and his track “Ridin.” I feel like whenever she plays with 60’s and 70’s inspired sound she shines. A$AP’s swagger… and that flute singing throughout the track. damn!

Of course the track comes with a little bit of drama and skepticism. The track was first released on a mixtape put out by Kickdrums. It was pretty hyped once it dropped and so A$AP was rumored to have pulled it off the tape before too many people could get a proper listen because he wanted to use it for his debut album, LiveLoveA$AP. Then there are the rumors that the track is entirely fake. Supposedly Rocky said so himself on his twitter, but I still haven’t seen that tweet.

What really matters is that the track is back online for you to get your swerve on to.