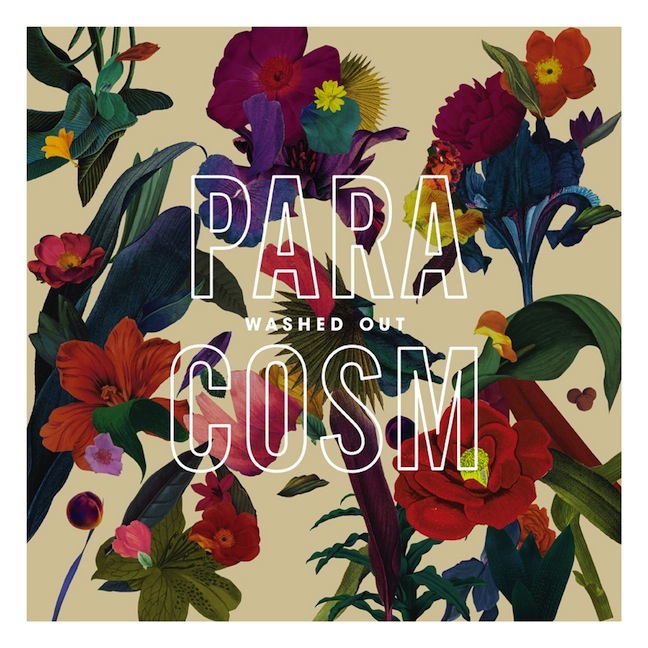 From the first time I heard Washed Out’s “Feel it All Around” my world completely changed. I never thought I’d find music that encapsulated my stray emotions so poignantly, yet I still wasn’t sure what I was feeling. Late at night, memories would float to the surface of my mind, buoyantly resting on the waves of thought until I would focus my attention. As soon as I turned my mind’s eye upon them, they would wisp away into the mist, and all that would remain was an intangible aftertaste of indescribable emotion. If I had to characterize these brief feelings, I would say they were subcategories of nostalgia. Different multi-colored waves of memories, each one triggering my senses in particular ways. I know these emotions are real, because some of felt multiple times. Yet no words exist for these feelings, and even if I concentrate my hardest, I can only taste the faint vapor of their absence.

Ernest Greene managed to tap in to these hidden emotions with “Feel it All Around”, and four years later he’s fresh off his latest LP, “Paracosm”. Chillwave, dreampop, nostalgia-pop.. countless bloggers and fans alike have tried to box Washed Out’s sound in to a micro-genre, but it really doesn’t matter what you call it. Greene has always seemed focused on the emotion behind the sound, and his latest release is no exception.

(Note: I think the whole concept of unbiased journalism is ridiculous, especially pertaining to music, and in this case, as with all of my writing, I will be reviewing Washed Out’s latest album with as much personal inflection and opinion as possible. Music is completely up to subjective interpretation, and to deny this is to deny the emotions that music can convey as a whole. But I digress..)

Gone are the lonely synth-solo’s and searching lyrical arrangements. Paracosm opens unabashedly with ‘Entrance’, a dream-like floral sequence of reverbed xylophones over a chorus of birds. It’s a bit on the cheesy side, conjuring cartoonish images of heaven as the harp strings flutter in, triggering the start of ‘It All Feels Right’. The first single is undoubtedly a summer smash, reminiscent of some SKA band from ’97, playing a slow-jammer to a crowd of kids only half-listening on a daytime teen soap opera. Immediately, one notices the presence of actual instruments, which is certainly a monetary-based progression from previous installments. Greene is living the dream of every laptop jockey endlessly creating drum beats on Ableton, and he’s reached a level of success that can allow him to move away from the atypical red-bull infused all-nighters.

‘Don’t Give Up’, the second single, is the most polished song Washed Out has ever produced. Neon lights on the beach, the crowd growing more inebriated as Greene echoes in with his nostalgia-inducing melodic vocals. The song ends on a surreal note, it’s quite ghostly, as if it were only a memory. ‘Don’t Give Up’ fades out with the sounds of distant laughter, the listener recedes from the scene, floating upwards, watching the memory from a birds-eye-view as it washes away.

The first emotional peak spikes during the fourth track, ‘Weightless’. By far the lowest and deepest track on the album, ‘Weightless’ is more akin to his earlier work from the ‘Life of Leisure EP’. A synth-heavy heartbeat, airborne and powerful, Greene’s vocals send the song soaring at the two-minute mark. If the first few songs were about floral patterns and late night solo-cup escapades, this track launches us deep in to space. The come down is quite pleasant, as the first minute of ‘All I know’ calmly floats us back down to earth, and upon our descension we are greeted with cheery ukelele-like chords and lightning-bolt synthetic power riffs. Greene is a master of his craft, toying with atmosphere and emotion and sending us on a swell of good vibrations.

Paracosm dips low in to psychedelia on the latter half of the album, first with ‘Great Escape’. The subtleties of earlier island-jam’s ‘Before’ and ‘Amor Fati’ are lost at sea, as Greene embraces each song in the very literal sense. As such, ‘Great Escape’ is exactly what you would expect, which is equal parts enjoyable and tiresome. His melodic compositions, however, are a constant improvement, and although the song lasts two minutes longer than necessary, it still manages to float along without sounding too repetitive. The title track feels like a trip backwards through time, with reversed harp chords from ‘Entrance’ splashed under Greene’s characteristic lackadaisical delivery. The two tracks seem like partners, or a pair of Hawaiian islands. But the poignant emotion seems absent at times, and just like Washed Out’s previous outing “Within and Without”, the title track remains one of the weakest. The peak of the song seems to be the sunset of an ending, a steel guitar whines to the sounds of a nearby wharf, and although it could be a natural end to the album, two more songs chase this conclusion.

Even at his worst, Ernest Greene is still better than the rest. A subgenere riddled with beachy cliches and surfer-idioms, all reaching for the same faded dream of every twenty-something who wanted to spend his summer living in a sea shack on the west coast. Of course, this sentiment is especially relevant coming from someone who named his blog “Beach Fuzz”, quite literally personifying the exact sound every dreamer with a laptop identified with during the peak of the chillwave movement. Greene has always managed to produce songs of the finest grain, and Paracosm is a flat-out defibrillation for the slow heartbeat of a fading genre.

The final emotional peak comes with the last song, aptly named “All Over Now”. A full-fledged new-age wave goodbye, and one of the most solid efforts of the whole album. It’s the sunrise to the sunset from the title track, the dawn after a long night of good joke and sandy fireside kumbayas.

Although it’ll be one of my favorite albums of the year, Paracosm is not without fault. Undoubtedly, Ernest Greene has finally embraced his role as a singer/songwriter, yet his light shone brightest when it was dimly lit. I’ve listened to ‘Feel it All Around’ about two-hundred times, and until today I had no idea what the lyrics actually were. Greene’s voice seemed ethereal and far away, almost as if he was a voice speaking to us while we slept. Yet with Paracosm we are immaculately lucid. We can still feel the dream all around us, except we are aware of it. It was as if Greene broke the fourth wall and materialized to us, palpable and human. This has a mixed effect, as we can feel his unabashed confidence in his delivery, but the subtlety washed away. It’s this unbridled exuberance that has alienated some fans and bloggers alike. It’s not music for lonely dreamers, as with his previous outings. Paracosm remains his most complete work, and the organic flow of the album is near perfection. Everything fits, it all feels right.

I’ve read a lot of flak about the lyrical composition, especially regarding the single “It All Feels Right”. Greene has been lauded for his simplicity, understandably so, and the effortless beauty of his previous work seems to outshine Paracosm’s brightest moments. Comparisons are inevitable, but it hardly seems fair. Chillwave, as a genre, is defined by it’s dreamlike arrangements and lackadaisical atmosphere, and to expect Greene to weave intricate idioms as if he were a sedated Maynard James Keenan is not appropriate. However, there are certainly growing pains since Ernest embraced the concept of being the ‘front-man’, and perhaps he’ll have to be more meticulous with his metaphors if he plans on keeping his frequently stoned fan base intact.

Buy this album, or at least buy a few of the singles. It’s one of the last remaining buoys still afloat, an emotional slowcoaster in a sub-genre that has nearly faded and completely washed out.