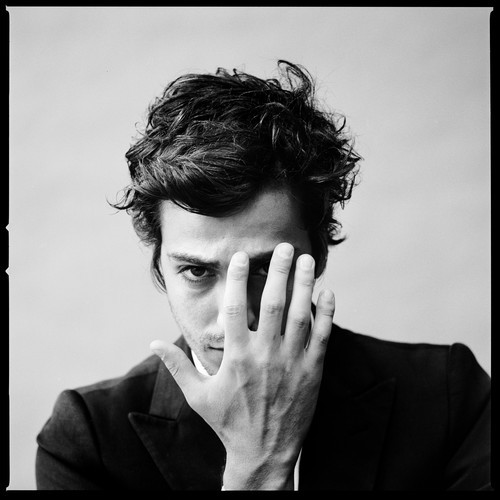 With a pseudonym like Gesaffelstein you’d think Mike Lévy was German. It doesn’t help his cause that he is behind some of the darkest and most tastefully minimalist techno being produced right now. You’ll be surprised to know however, that the 28 year old producer behind Gesaffelstein is very much French.

What’s also surprising is that he’s worked with the likes of massive pop stars outside of his genre including Lana Del Rey, Miss Kittin, and Kanye West. He worked alongside Daft Punk to produce two tracks off of Kanye West’s latest album Yeezus: the lead single “Black Skinhead” and “Send It Up.”

Gesaffelstein’s latest album entitled Aleph was two years in the making and is now available on iTunes.

If you want to see what the sound of a Gesaffelstein track looks like, watch the video for Hate or Glory
[youtuber youtube=’http://www.youtube.com/watch?v=m7YSNbq2KcQ’]

Gesaffelstein – Viol
Another absolute ‘ead banger of a track: Viol. (off of the Conspiracy, Pt. 2 Single)

January 2020 Mixtape
Chris Giles: Peace In The East
Midwestern rapper, Karras channels the grit of classic hip-hop through a lens of off-kilter surreali...
Far-reaching cinematic jazz from the Bristol based collective: Ishmael Ensemble
Billy Kim breaks off as a touring member of Tycho to start his solo project: Karaboudjan
Afro-Brazilian vibes from Fabiano Do Nascimento
Ana Tijoux writes the soundtrack for the pots and pans revolution with her song #CACEROLAZO
"Natures Diary" — a new album that combines lo-fi beats with recordings of the natural world
FloFilz & Jerome Thomas are feeling 'Sensitive'