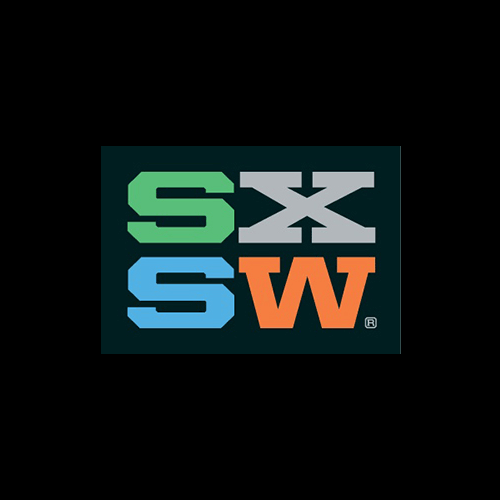 After I arrived back at home from SXSW, I would spend the next few weeks endlessly editing photos and pumping out lengthy wrap-up post one after another. Throughout the festival, there was a general negative attitude that seemed to pervade every lengthy line and every short-handed blog post. SXSW had gotten too big. Maybe it was the presence of the iTunes fest, a rather shitty way to waste an entire day waiting in-line for the possibility to see world-wide touring artists like Coldplay and Imagine Dragons. Or maybe the six hour line to get into another six hour line to watch Kayne and Jay Z. Or perhaps it was the Doritos Bold Stage, a gigantic vending machine hell-bent on ramming ‘enriched’ wheat flour down the throats of anyone stupid enough to try and watch Lady Gaga at South By. Whatever the case, the blogosphere was abound in negative reviews from festival veterans and newbies alike, all of which left Austin with a sour taste in their mouths and a new-found hatred for ‘mainstream’ that ignited their emblazoned musical hipsterdom in the first place.

The endless tales of misery coupled with a rather misplaced sense of entitlement overwhelmed the media coverage of South By. It was quite disheartening; I was in Austin for the very first time, and according to everyone else it was the shittiest festival the city had ever hosted. I was left quite confused, was I actually having as good of a time as I thought? I contemplated my experience for several weeks, and after reading a very well-written stinging critique of musical journalists reporting on SXSW, I began to see the industry in a whole new light.

I never stood in line longer than I should have. There was never a point when I felt discouraged by the sheer magnitude of the festival, and never once did I question the integrity of SXSW as a whole. Maybe it was because it was my first experience, or maybe it was because I wasn’t so fucking jaded that I felt entitled to see every show I wanted with VIP accreditation. There was a time when SXSW was smaller, undoubtedly, and it was a haven for music dorks to walk freely in and out of venues while catching every buzz band they could imagine. This was still the case, but the corporate presence was significantly larger in response to the growing audience, and as such the noise was a lot more difficult to shut out. For aging musical journalists, this was overwhelming; droves of fringe-fans flooded the streets mingling with people more eager to score free liquor than see artists perform, and the endless barrage of corporate advertising was undoubtedly very difficult to handle for those who identified with the sub-culture of indie music and anti-corporatism. It was a hard pill to swallow, but certainly one worth taking considering the flood of free food and drinks made available, and every complimentary pizza and beer consumed by these frustrated correspondents was footed by the very corporations they loved to hate. Their sharp critiques published in the days following the festival were quite literally, biting the hand that fed them.

It wasn’t until about a week after I got home that I realized how pissed off I was at the community. I didn’t get flown to Austin on my publication’s dollar; I’m still reeling from the near $3000 bucks I spent to stay there, and I certainly didn’t get the benefit of getting paid for a single damn word I was writing about it (Well over 10,000 words, I might add), or the 1800 photos I took. And yet I kept reading post-after-post of festival wrap-ups about six paragraphs in length lambasting the festival organizers and their corporate sponsors. It was sickening to think that industry leaders like Vice’s music blog Noisy were publishing such heinous pieces of garbage. These were the people I was supposed to look up to, the paid journalists with a musical knowledge far superior to my own that had somehow managed to secure my dream job. And yet here they were, relentlessly whining about a festival they attended (or didn’t) for free on the basis that there were too many drunk people and Subway handed them a flyer.

To echo Kevin McStravick’s piece, you’ve failed us. The music industry is constantly evolving, and unfortunately our aged superiors are not. It’s time to retire, to hand over the reigns to those who are willing to dive headfirst into the trenches of the contemporary music festival, willing to get shitfaced for some solid writing material, and willing to grow alongside the industry. SXSW, Coachella, Tomorrow World, Sasquatch… these festivals have grown to fantastical proportions, buckling under their own weight and balancing their growing needs with the corporate dollar, and yes, as a sociologist, it’s fucking depressing that our society is a cleverly disguised oligarchy, but that’s our society, and unfortunately music festivals do not exist inside a social vacuum. For those indie enthusiasts, there are plenty of fantastic smaller festivals popping up all over the country, eagerly awaiting your press credentials and the voice we’ve granted you, so I urge you to head back to your roots and do the job that got you where you’re at in the first place. Otherwise, step out of the way, because it’s our turn. We aren’t jaded. And regardless of whether or not you think festivals aren’t “cool” anymore, we do. Maybe the problem is that you stopped being relevant sometime after you wrote your last thoughtful piece back when Vampire Weekend was known only for “Cape Cod Kwassa Kwassa”.

It’s not easy to drum up enthusiasm when it drains your bank account, and that’ll change in the future. When we are the ones sitting at your comfortable desk writing the piece that will define our generation, we’ll remember what you said, and I’ll remember what I wrote. For you festival promoters looking to hand out passes to aged has-been ‘journalists’, we’re The New LoFi…