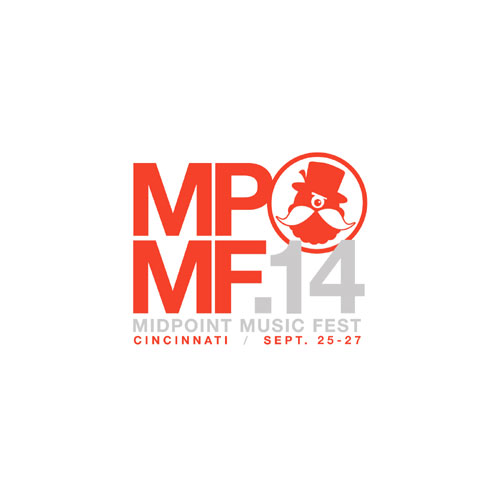 I NEED TO TELL YOU ABOUT OVER THE RHINE
Just as the city scape of New York plays a vital role in 1970’s Woody Allen films, so does Over the Rhine to the much anticipated cultural and musical experience of Midpoint Music Festival. For me, and to a lot of Cincinnatians, Midpoint is not only about the music but the venues in the ever growing neighborhood of OTR. This weekend, there will be 150 acts from 7 countries and 57 cities in OTR to play music. Here’s the short list of where I’m going to be and whom I’m going to see. I’m choosing to tell you about some but not all of what Ill see, because one has to leave room for adventure! Stay tuned for my review post this weekend’s festivities.

Thursday:
WASHINGTON PARK Chromeo- 8:30PM
6 years ago Washington Park was an abandoned old cementary. Now, it’s the center of the modern cutural rennaisance in Cincinnati Ohio. At Midpoint 2014, its the perfect place to make a statement with an Arab and a Jew partnership, aka Chromeo. Hailing from Toronto,  Canada Chromeo just released their fourth Album, WHITE WOMEN

.
CHRISTIAN MOERLEIN BREWING COMPANY- Satturn Batteries ( indoor stage)
This is the new stage replacing Grammars, but I welcome the switch. I will be cheersing to the German heritage in Cincinnati in this building which stands as a now functioning brewery in a neighborhood of many newly claimed buildings converted into other breweries like it. Beer will not be my main focus, for once, because I will go there to hear the acoustics through the awesome vaulted ceiling. It would definitely make a stellar bat cave, and I’m contemplating putting on my costume for Cincinnati’s local band The Satturn Batteries. Led by front man Brad Gibson, these guys are doing it right, after their latest release, REAL FAR EAST, they are killing it in the local scene and beyond. Check them out.
TAFT THEATER-St Paul in the Broken Bones 12:00AM
Yes please, and so should you. I’m a sucker for brass and soul, and they’ve got both. Let’s Dance to the end of the night at the The Taft Theater Ballroom where you can still feel the decades of legends that have played in this theater… saw my first show here as a child. It was The Doobie Brothers, and my dad brought me. No. Big. Deal.

Friday:
Oh yea, here is another cool thing about MPMF.14. REAL ESTATE is playing for free at the Midpoint Midway on Friday at 5PM. Thanks P&G (corporate sponsor plug). Real Estate, out of Brooklyn and New Jersey, has been described as hazy indie rock. I’m about their album “Days” released in 2011. Their newest release, Atlas, came out this year, and I’m interested to see them at a  day show at the Midway. I think it’ll be a good way to start the day.

KNOW THEATER- Sol Cat- 8:00PM/ Rubblebucket-11:45PM
The Know makes my inner theater girl happy, and when you mix it with Midpoint I straight giggle. Know is one of Cincy’s independent theaters that brings original and alternative plays to the city. It is also home to the OTR Improv group and just generally puts on some bad ass events over all. I’m going there on Friday to see Sol Cat, a sweet indie rock band out of Nashville, and I’m going to bust my butt to get back later that night to see Rubblebuket from NYC. It’ll be my first time seeing this soul influenced band, stay tuned for my review. Again, I gotta love the brass, and I hear they bring it.

MOTR PUB- Landlady 12:00am
On a regular night, I think of MOTR (mostly in my head) as my headquarters. There are very few cities where you can go to a bar any night of the week and see good music from all over the country with no cover. This place is it, and it only gets better for MPMF.14. On Friday night, I’ll be there to see Landlady. For those of you familiar with Adam Schatz of Man Man, this is him, solo. Check it out. The music is loud there. It always is, and you will be brushin’ up against strangers. Totally worth it.

Saturday:
There are a lot of new bands I’ll be checking out with a few familiars. As always I like to keep one day at a music festival for adventure, and this year that is my Saturday at Midpoint. I’ll be starting the evening early in Washington Park for OKGO at 6:30PM,  and  some bands I’m checking out are The Coves and Raveonettes at Christian Moerlein starting at 8:30PM. I’ll let you know how I felt about them later.

MEMORIAL HALL Saintsennaca- 10:30PM
Another wonderful sound out of Columbus, OH! Though I’m leaving room for exploration, I’ll be at Memorial Hall to see this show for sure. Saintsenaca was one of my highlights to see during Bunbury Music Festival in August, and I’m glad to see them back in Cincy at one of the most beautiful venues Cincinnati has to offer. I don’t care. I’ll say it. This band moves me. Their folk crescendos lift my soul and I want to give them all hugs after the performance. I’ll try not to be too creepy about it, but we shall see what happens when I see them.