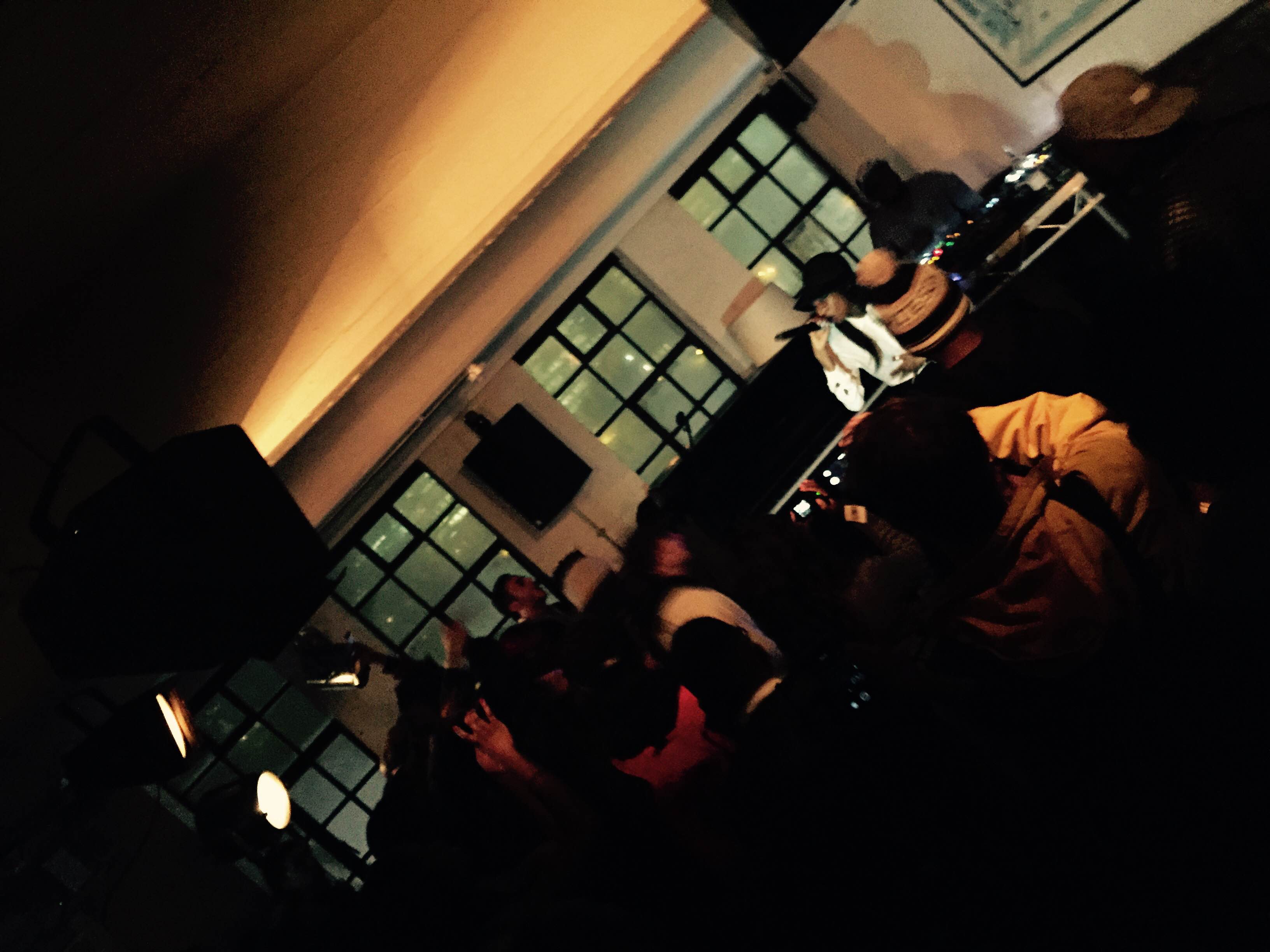 The library at Shoreditch House isn’t a venue you generally associate with gritty rap music. The warm, soft lighting, large comfy sofas and distressed copper bar (replete with Gin garnish station) is decidedly more bourgeoisie than Brooklyn, more Yuppie than Yeezy; Whilst waiting for a drink at the bar, the group of men next to me spent a good period of time discussing the erstwhile benefits of using whisky rocks rather than ice in their single malts. It’s approaching 9.30pm though, and the atmosphere is about to dramatically change.

The room begins to fill, Stüssy and bucket hats begin to outnumber waistcoats, and the murmer begins to grow as people begin jostling and hustling their way to the front of the crowd.

Little Simz introduces herself, cutting a diminutive figure in a flowing white top and drooping black hat. She wouldn’t have looked out of place at a cocktail party or the races, but make no mistake, she means business. She begins, and it’s immediately apparent that her speaking voice is the same as her rap voice: rushed and skippy, each word fiercely and confidently tumbling onto the next. Importantly, as a female voice, she is gruff enough – and cool enough – to command attention without losing any of the aforementioned characteristics. If this 20 year old sounds like she had been performing for decades, well, that’s because she has. She began writing and performing in 2003, aged 9, has 4 mix-tapes and en EP under her belt already.  She received industry recognition with her Blank Canvas mix-tape, and her latest EP, The Theory Of.., (27/1/15) looks set to propel her further into unchartered industry consciousness.

As if that wasn’t enough achievement for a 20-year-old, she was last year nominated in both the Best Newcomer and Best Hip Hop Act at this years’ Mobo awards.

Throughout her performance, she often rides a balance between spitting openly confessional, almost diary-entry personal bars and forcefully igniting her presence with an unmissable, ambitious intensity, engaging the crowd during carefully selected parts of the performance. For such a small figure, her command of the stage, and the space, was fascinating to watch.

“One to watch” gets banded around a lot these days; any artist with a Soundcloud account and a modicum of talent is flagged as the next big thing, the x of this or the y of that. Make no mistake, Little Simz is no finished article, but there is enough spark, enough belief, and enough raw talent there. What is also present in abundance is the hunger to go, and go, and keep going until she gets to where she wants to be. Where that is, only she will know, but I cant wait to find out.