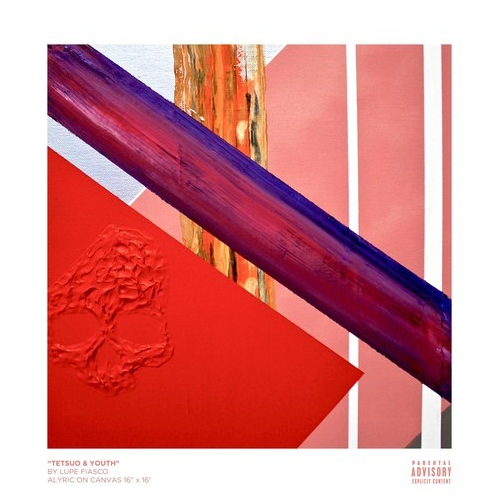 Took a quick listen to Lupe Fiasco’s new LP, Tetsuo & Youth, and there is one clear single on the album called “Mural.” It starts off with an overture of the songs 1975 sample (Cortex’s “Chanson D’un Jour D’hiver“) and drops the beat shortly after with the line (and a tip of the nerd hat): “We’re all chemicals… vitamins and minerals.”

I’ve already heard things like “this is just a one track album” and that it’s not the “magnum opus that was expected” of Lupe’s latest release, but I disagree. The album is really good as a whole.

The only way I can explain it is using the New York Knicks team from the 80s and 90s as a metaphor. It wasn’t that the Knicks were a bad team; they were one of the best. They would have been the best if it weren’t for Jordan’s Chicago Bulls. But Jordan happened to be alive the same years that Ewing was and so the Knicks were denied their glory.

In the same vein, The LP is not a bad release, quite the opposite. The problem is that “Mural” is like the Micheal Jordan track on the album. You spend so much time rewinding and relistening to “Mural” that you barely remember that any of the other tracks exist. It’s an eight minute long lyrically rich onslaught with a sick sample and catchy-ass beat. There are so many nerdy cultural references that I’m still only just-the-tip into comprehending the whole track

“I prefer my pictures in word form.”
“Homie if she lonely she might end up in Macaulay’s claws.”
“I sit back and watch the world through the eye holes in my oil paintings”

Take a listen to “Mural” below and cop the full album is available off of Atlantic Records in the iTunes store.

Big House remix of INNA's track "Iguana"
Anders Trentemøller hypnotizes you with his new video for "Sleeper"
Cheo Feliciano's track "Oye Como Va" gets reimagined by London-based producers Krywald & Farrer
Shoegaze and lo-fi house come together for Silver Liz's new celebration of staying in
Genre bending producer Volz teams up with Kam Doja, OG Spliff, and Hollow Creeper to create a new s...
Fat Freddy's Drop at the Brixton Academy
Modeselektor release a brand new album for 2019 (the 2nd track is fire)
Alicia G gives us a jazzy Christmas lullaby with her new single, “You're My Favorite Holiday”
Live On The Green: An experimental live album recorded by Sam Wilkes in a club covered in AstroTurf