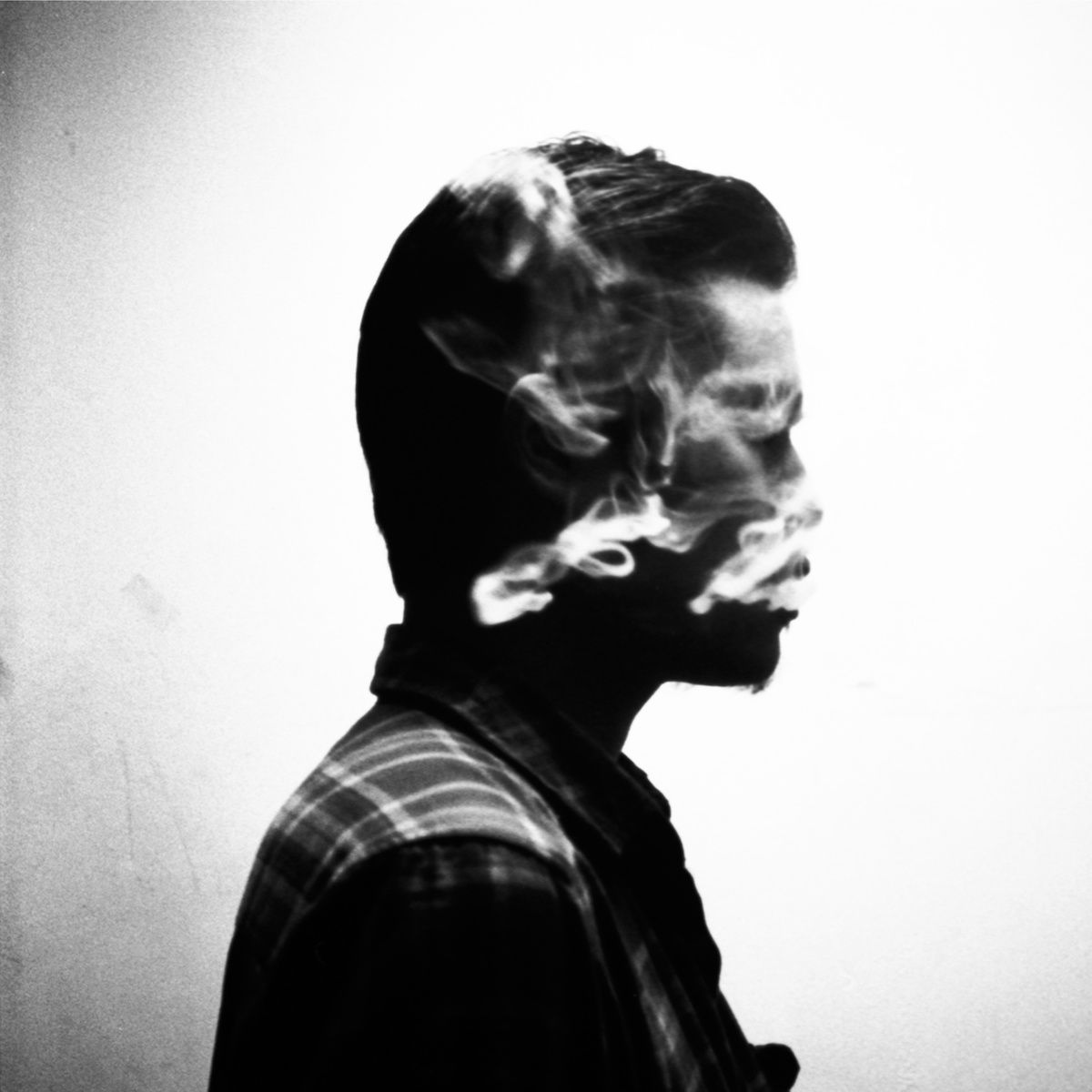 Dirty Beaches is the one man project of Alex Zhang Hungtai, a “Taiwanese-born Canadian,” who sings over prerecorded 2 bar sampled loops. If I didn’t like Dirty Beaches and someone would ask me to describe him (them?) I would say: “It’s this Taiwanese Elvis-Presley-looking guy who basically sings karaoke over some shitty sounding songs that just sounds repetitive after 10 seconds of listening to it.” But… I freakin’ love Dirty Beaches, and thus I will describe him as I would normally: “Dirty Beaches? Oh, man! Dirty Beaches is the name of the solo project of this Taiwanese guy, Alex Zhang. He sings over these really awesome samples that loop throughout the songs, and each track maintains a strong tone and emotion you’ll feel for the whole time the song is playing. He is !@# rad.”

The thing is, the samples are perfectly hand picked to fit and build onto this amazing atmosphere created by all the tracks off of each of his LPs. The samples are so meticulously sliced that if it wasn’t for the extremely lo-fi quality of the original records they come from (and how further more he destroys their quality by running them through a mono looper pedal and onto one single amp), if you only heard the songs with having visual input you’d think there’s an actual band playing all this live. To top it off Alex’s voice is so ethereal, using perfectly wet reverb to mix with the songs. Each song creates a set emotion and maintains is throughout it’s respective 2-4 minutes.

‘Sweet 17’ is what would come from Elvis Presley if he had lightly treaded into an experimental realm (and if he wrote his own music), a piece that should have Quentin Tarantino remake Pulp Fiction just so he could officially insert this track onto this scene. Leather Jacket, Ray-ban Sunglasses (again?),  air brushing my hair as city lights dance and slip over my teal cadillac’s shiny waxed body. Man, oh, man, this song makes me groove from start to finish, howling alongside Alex’s Jim Morrison-esque vocal antics. Again, I adore lo-fi music. This music right here? This is my sonic fetish.
To all those kids losing brain cells over computer manufactured sounds, do yourselves a favor, try some long walks on Dirty Beaches, you will not wanna leave. You’ll know exactly what Vincent Vega feels like, solely from the music. And when you think your coming down, Alex starts wailing on his guitar, giving your subconsciously jonesing pop craving a well deserved experimental middle 8. Like drinking some very concentrated orange juice when you’re going down the hill, if you know what I mean.

‘Speedway King’ and ‘Horses’ are both very reminiscing of Suicide‘s 1977 eponymous debut, just lacking Martin Rev’s synths. ‘Speedway King’ almost gives me the same feeling ‘Frankie Teardrop’ gave me the first time I listened to it, that why-the-hell-am-I-listening-to-this-what-is-this-somebody-kill-me-oh-no-what’s-this-feeling-am-I-starting-to-like-this? During a live performance everybody in the audience is looking at each other with one arm crossed and one bent at a 73 degree angle clenching a red solo cup from the upper neck, jaw’s lightly drop after the one minute mark clocks in and the song is still just repeating it’s first 2 seconds over and over again. In this situation I would be the weird outcast with a hoodie caught in a deep trance in the midst just completely into it making the venue owners unsure as to if they should exile me from the building because I’m insane or to just keep me in there because I’m becoming part of this unorthodox performance. Dirty Beaches makes you become part of the performance, you are the show. Yeah, I know it’s a one man deal, but his music and his singing has such a reaction on people, both good and bad, that it makes that reaction a trademark of the music. No other music that I can remember has this effect on me, where it takes me along to the spotlight. Don’t get me wrong, seeing Alex perform is incredible in it’s own very meritorious right.

Going down the song list we get ‘A Hundred Highways,’ and to be honest, the first time I heard it I was expecting The Beatles to greet my ear holes, but here Alex plays his Elvis card again, and he does a damn good job at it. The vocal melodies on this track are so simple but infectious. You’ll step out of your caddy singing “Drive on a hundred Highways with you” (or whatever other appropriate words he might be mumbling). Such a sexy song. If it doesn’t make you want to seductively squint at a girl (or boy) and sing it while slowly swinging your body from side to side while approaching them, then you might be very familiar with this symbol, and I am truly sorry.

Lower down we get ‘True Blue’ and ‘Lord Knows Best,’ the  sad, slow dancing pieces -grab your ladies (or gentlemen) folks, “Hey, you! Hands above the waist -no, No! You slimy golf ball!” These are pace changers on the LP, and the variation they provide make you love Badlands so much more. ‘True Blue’ is so nostalgic, it makes me feel like there was a point in my life when I loved someone and out of the blue (get it?) they had to leave me and there was nothing I could do so I just stood there below the worn out door frame that separates the scary and loud outside world from the yellow peeling walls which had suddenly grown paler as they told me they were leaving. Good thing no one I loved has ever left me. Good thing I have nobody to love (I’m only joking, Alice, babe, I love you). And then ‘Lord Knows Best,’ damn what a sucker punch. Now you find out that the person that you loved, the same one that left you, after all those letters back and forth years later where she said she was coming back, well, you found out she died. You suddenly feel overwhelming grief as you begin to cry and imagine your life as different as it could possibly be while you lie on the cold wooden floor staring at the spinning ceiling.

‘Black Nylon,’ that’s when you couldn’t cope with the pain so you turn into a weird self centered vigilante as you hunt down the killer of your love (turns out she actually died from an aneurism though, but you don’t need to know that, you vigilante drunky). You roam the dark streets of the late 60’s Paris blaming everyone you pass by for your loss as you “assassin” down the long, gray French streets (Jeff Tweedy is a freakin’ lyrical and musical genius). ‘Hotel’ just follows that same dark notion.

Now are you ready for some extremely bad news? If you were already scouring the web for possible Dirty Beaches tour dates and tickets in cities near you, I’m sorry, Dirty Beaches is no more. Alex disbanded the Dirty Beaches project stating that one must let things go in order to grow. He pulled a James Murphy on us, damn you James Murphy and your damned influential perfect life choices. But Alex has said he will be back with more music, an artist can’t, and never will, stop creating.

Throwback Thursday: Justin Faust
Fresh Friday Mix: Les Frères Jackfruit
Karl Zine’s new album dissects the lifecycle of a relationship through sound
The new double LP from Quakers is a hip hop epic including vocal cameos from, Jonwayne, Phat Kat and...
Chillwave Wednesday CLI
Magic Bronson creates a new summer anthem with their track "Tell All Your Friends"
The "Hawaii At Home" mix — Trentemøller's answer to your lockdown blues
Sampa The Great: The Return
Getting our electronic disco boogie on with the new Soulance album: French Cassette