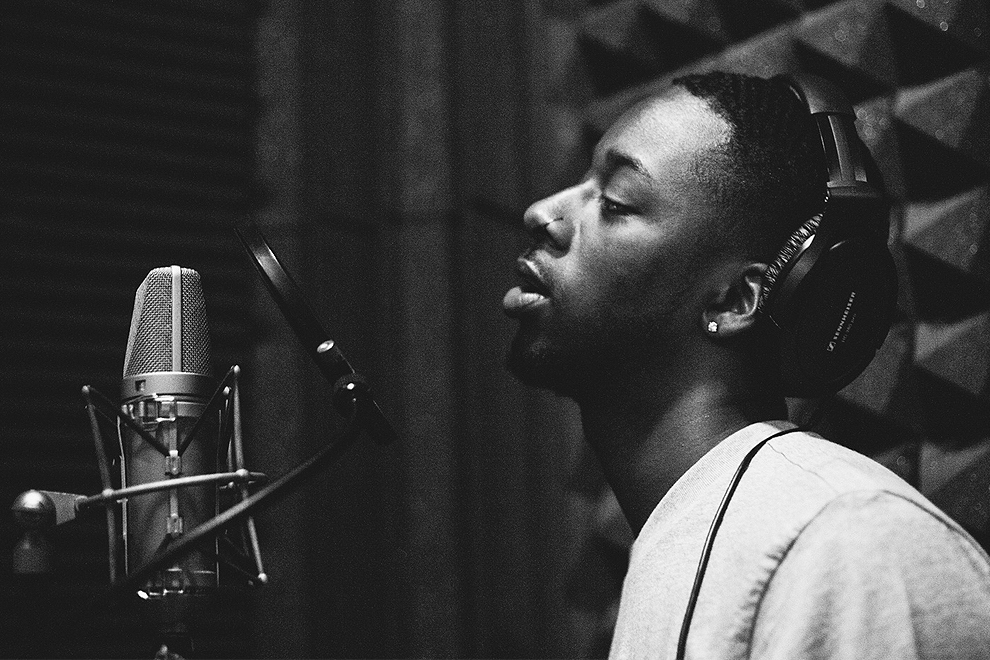 GoldLink – Dance on Me “”Rap is boring to me. So for me personally to be excited, I have to rap on something that sounds different. That’s common sense” replies GoldLink when questioned as to why he became a rapper.

“Traditional urban music does not like change,” he elaborates. “It likes sticking to what it’s used to. Whenever something new is approached by a traditional system – especially urban-wise – it’s shot down immediately until it’s proven to work.”

This would explain why the brightly colored, hyper, and upbeat Virginia native’s music draws openly from genres that street rap usually has no time for: bachata, go-go & classic house.

Dance with Me has many similar characteristics with 2 of his strongest releases from last year, Wassup alongside Sango, and the Kaytranada produced Sober Thoughts.

GoldLink tramples through his lyrics in all his tracks, self-genred as “Future Bounce”, his rhymes as hard as a shoulder check, skipping through the minefield separating rap’s ideas of “hard” and “soft”. The surfaces of his music are slick and slippery, and gaining purchase on what he’s doing is like trying to hug a dolphin. His voice is high, hyper, and excitable, no one’s idea of a tough-guy stereotype, but he keeps one foot firmly planted in street rap and the other in the club, tangling all the music’s reference points and intentions like kite strings.

Lizzo pays tribute to Boys
Against All Logic - Now U Got Me Hooked
LUXXURY takes a more experimental route with his new single: “Lets Stay Together”
Effortless summer indie from Dutch producers, Silver Lake
LA-based duo ALWAYS YOU join up with Cony Plankton to create a Japanese version of "All I Wanted Was...
Tim Carman Trio pays tribute to his former teacher, Bob Gullotti, with his take of this deep cut jaz...
Waxolutionists
Kiefer - What A Day
The 80's Christmas Mixtape