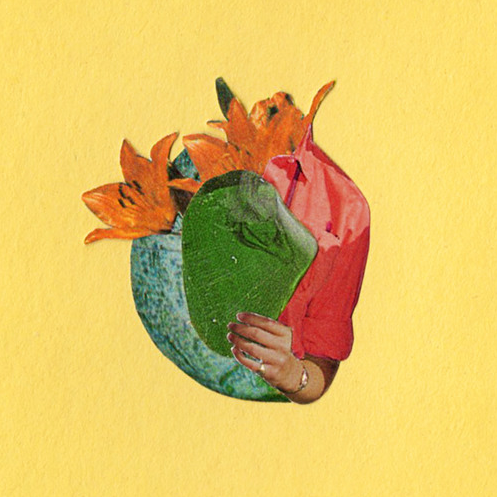 Flanked by tin empties, nursing a day-long, eyes slipping out of place and getting lost on invisible patterns. The dust on my lamp looks like a cartoonish face. The cat makes a concerned meew. We watched the sun shine and set from a safe distance. A flash from the TV paints my silhouette on the wall. Is that my profile?

I often get lost in the mundane. What’s the hexadecimal for ‘The New LoFi’ cyan again? If there was a soundtrack to the pointless shuffle of my existence, it would be SALES. Their debut EP last year has been passed around to all my friends, or more specifically my chums who might enjoy thinks like, say, cultivating a personal herb garden or smiling at strangers simply for the thrill.

‘big sis’ is brand new. Their signature sound has returned, subtle, effortlessly sedated, and quiet enough to play in your bedroom at 3:00 AM. SALES could play a set in a closet. They might have already. But don’t be put off by the minimizing metaphors; the music itself is quite minimal, Lauren Morgan and Jordan Shih aren’t trying to wake your parents. The effect is anything but small. A sashaying simplicity, Morgan’s rambling apathy, ‘because you want to be like your big sis’. Soft, blunt instrument square to the feels. You knew it all along.

I’ve never seen that lady before. I can see her sending texts with a mournful look. Or a scowl? The iridescent glow of her phone cast a frightful shadow. Her eyebrows appeared to hurl over her hairline. I think she looked in my window.

I need to water my plants.