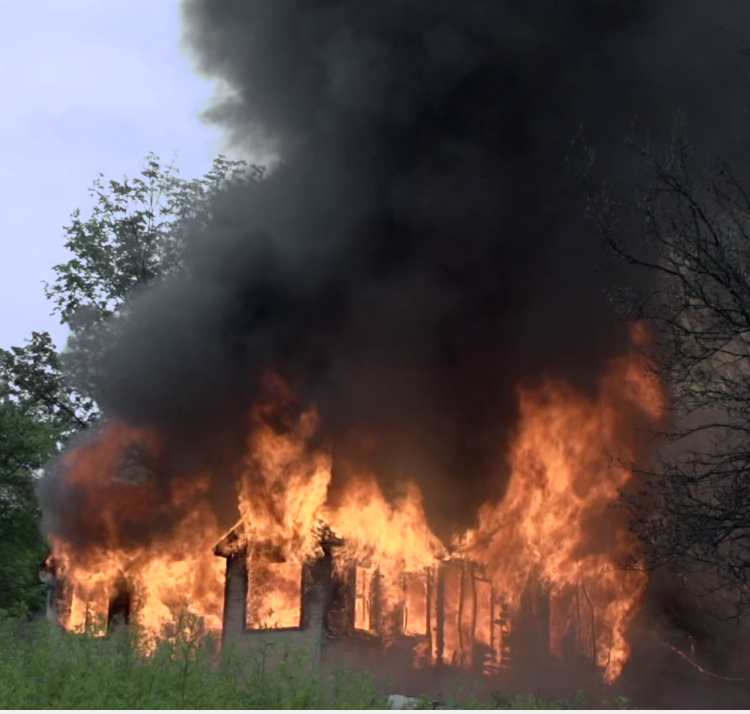 DARKSIDE is a collaboration between Nicolas Jaar and Brooklyn instrumentalist, Dave Harrington. The two musicians first met in Brown college and later came together in New York to form DARKSIDE.

“Golden Arrow” is the first track off of DARKSIDE’S first (and only) full length album entitled Psychic. The track was originally released without a title and billed as the first 11 minutes of the debut album. Once the album was released in early October 2013 it received its name: “Golden Arrow.”

It took two years for the album to be made and it was recorded between Jaar’s home in New York City, Harrington’s family barn in Upstate New York, and a space in Paris where they would stay between tours.

The video for Golden Arrow is a super slow motion depiction of a barn burning down in reverse. I thought it was a pretty fitting visual metaphor for the band and their album actually. A little less than a year after they released their first studio album, the duo decided to split up in August 2014, saying that they were “coming to an end, for now.” So like the burning barn, the band were short and furiously interesting to see. Hopefully this won’t be the only barn they set on fire. Looking forward to their next album.

If you like what you hear, check out DARKSIDE playing live at Pitchfork Music Festival in Paris.

Tame Impala returns with a brand new single: "Patience"
Live & Programmed: a new music series recorded inside Abbey Road Studios
King Krule releases new single, video '(Don't Let the Dragon) Draag On'
A Norwegian MC rapping in English; A breakdancing basketball player; A man named Doctor Dooblé — t...
Let's Eat Grandma: Snippets of NOS Primavera Sound
Confidence Man ‘Boyfriend’
Jean Grae & Quelle Chris - "Gold Purple Orange"
With "What if", The Murlocs Could Be On The Cusp of Breaking Through – No Gizzard or Wizard Required
Sirens Of Lesbos reimagine The Fugees track "How Many Mics" with their new single "How Many Miles"