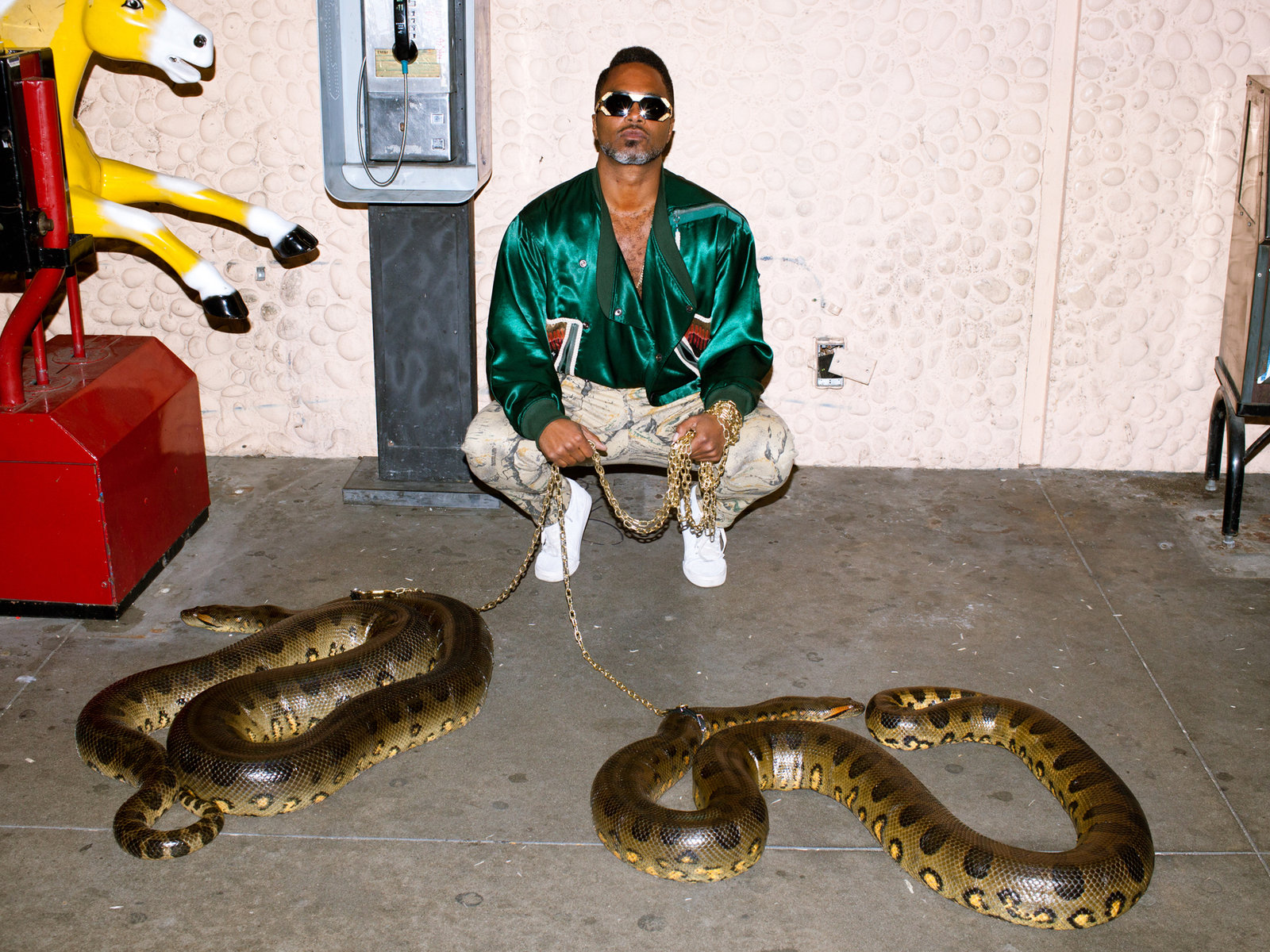 Just over a year ago, Ishmael Butler of Shabazz Palaces was speaking in an interview about his third album Lese Majesty (meaning to offend the dignity of a royal figure). He and Tendai Maraire, who is the other piece to this funky hip-hop puzzle, obviously love the concept of bashing unnecessarily glorified people. Ishmael began explaining his dissatisfaction with the “selfie” craze and all that comes with it, continuing on to include musicians with some variation of a messiah complex.

“…it’s seeped into the the marketing of music, people really being more concerned about themselves — especially in the rap game, bragging about material things — rather than doing what I think music is really here to do: to unite people and to kind of extract the self from these ceremonial music experiences, like recording and performing and live shows and stuff like that. We basically wanted to attack that philosophy sonically and with the content of our music.”

Based on the disgusting progression of narcissism in social media, it’s obvious that these guys were in the loop. I’ve definitely played my part in it if we’re being honest. But don’t get me wrong, there’s definitely a lot to be said for introspection. It’s important to have knowledge of who you are as a human being and to express it. I think we can all learn something from the above statement though. It’s probably time to expand our horizons on the internet. We should be using social media and music to evolve and reach as many people as we can instead of filling some kind of desire for recognition. End rant.

Angsty rap and supreme poetic flow take the lead in “A Mess, The Booth Soaks In Palacian Musk”. Take a listen and get a taste of the greatness that is Shabazz Palaces.

“Ima dance to it though, romance wit my girl

turn pain into glitter, gold dips with a swirl