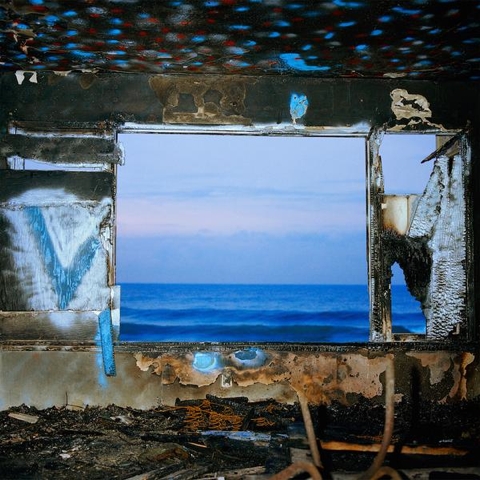 “I’ve seen enough in my lifetime; the frontier has faded. If it gets more intense, we’re just going to end up not ever leaving our houses.” In a recent interview with Pitchfork, Deerhunter’s lead singer Bradford Cox explored the thematic resonance of their seventh studio album ‘Fading Frontier’. As the eclectic centerpiece to a rock band that has always bordered on the experimental, Cox has never been more clear and concise. Creatively speaking, ‘Fading Frontier’ is simultaneously the most accessible Deerhunter album and the most self-aware.

Album opener “All the Same” is a fuzzy rallying cry; an ode to the wandering queerness that has usually remained hidden in the subtext of Deerhunter’s music. “Take your handicaps, channel them and feed them back” sings Cox. For a band usually drenched in smoke and reverb, the imagery is poignant and honest. “Living my Life” is the lucid dream that follows, a gorgeous synth-soaked middle-finger to the unrealistic expectations that have dogged a generation. The first half of ‘Fading Frontier’ plays like an open window to the ocean, awash in the boundless expanse of self-actualization. Pivot point “Leather and Wood” sees a return to classic Deerhunter, as Cox whispers and stutters to a disorienting beat. It’s the uncomfortable, disjointed soundtrack to a dream. However the lyrics serve as a reflection of Deerhunter’s unshakable confidence as opposed to the nightmarish agoraphobia that characterized their previous work.

There is an unmistakable Southern rock influence at the tips and corners of ‘Fading Frontier’, perhaps most evident in the lead single “Snakeskin”. A jangly walk-and-talk that hits hard before blending in to a beautiful mess of playback loops. “Ad Astra”, an effortless dreampop introspective, showcases the intelligence and versatility of the band. While album closer “Carrion” acts as a clever play on words and a reminder that Cox would rather bury his head in solitude than embrace society.

After seven albums, Deerhunter remains one the greatest creative voices in rock music. If you haven’t been listening, the time is now, before the frontier fades completely.