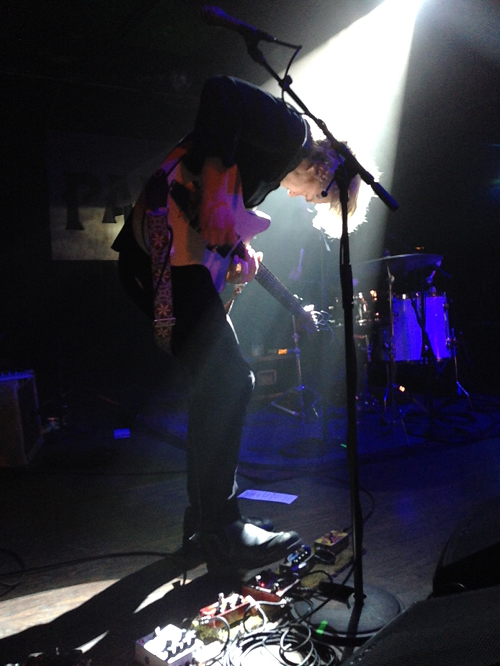 An Evening With Low, Austin Texas
By Amber Pearce for The New LoFi

Surprisingly, the crowd stood up for Low this time. The band’s slow, dreamy tunes have been known to bring their fans seated to the floor even in the most raucous of venues. Yet for the Austin introduction to their eleventh studio album Ones and Sixes, the crowd was on its feet. When the band first took to the stage, before they even began playing, audience members were yelling out requests.

Characterized by a simple, measured beat and glittering guitar riffs, the band delved into their most recent album while also gratifying longtime fans with a set list that spanned some of the best songs of their 23-year career. They careened into nostalgia with the song “Words” from their acclaimed first album I Could Live in Hope (1994) and the darkly mysterious “Sunflower” from Things We Lost in the Fire (2001). Drummer/vocalist Mimi Parker’s haunting vocals harmonized with vocalist/guitarist Alan Sparhawk’s voice to create a deeply enjoyable experience. Parker also sang solo for a few songs, including a perfectly executed cover of Al Green’s “Let’s Stay Together” in all-out Low style. The picks from Ones and Sixes kept to the band’s established approach, lightly depressing and introspective (they are, after all, named Low), while adding light, sparkling flourishes of guitar.

Vocalist and guitarist Alan Sparhawk softly murmured to the crowd while drummer and vocalist Mimi Parker silently sat, overshadowed by drums, center stage. She and bassist and keyboardist Steve Garrington did not interact with the audience at all, maintaining a dark intrigue of musicians taken by the music. Despite their noted minimalist sound, Low did rock out every once in awhile. In fact, Sparhawk even played blaring, experimental guitar with his teeth, thanking the crowd afterwards for allowing him to satisfy his ego.

The night was billed as “An Evening With Low” and there was no opener, just Low playing two sets with a short intermission in between. The band hails from Duluth, Minnesota. Sparhawk and Parker are married to each other and have two children. Garrington joined the band in 2008.

Check out their new album on all the usual channels or preview it below.