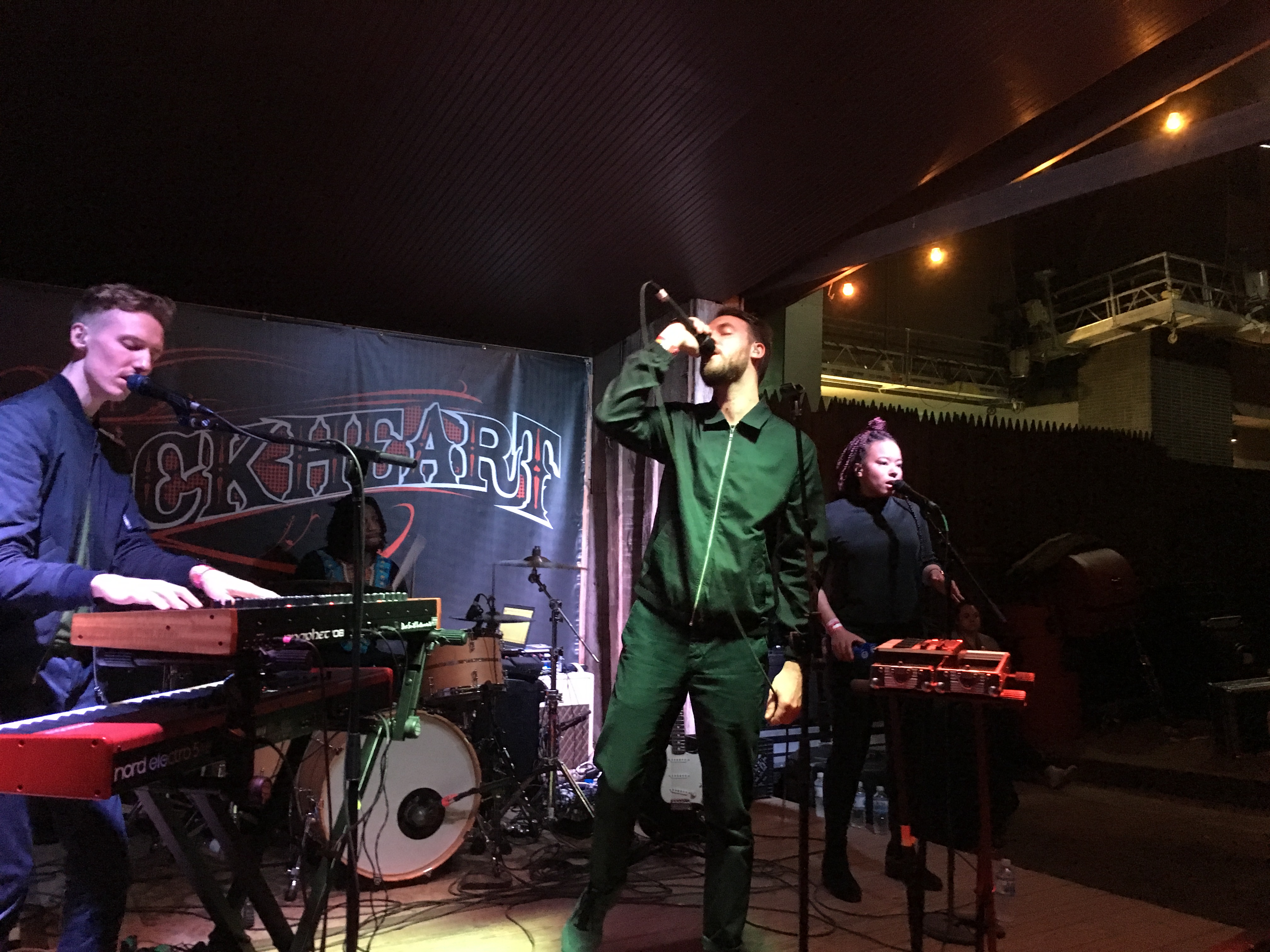 With so many great acts yesterday it’s hard to believe there’s three more days of SXSW. While day parties raged on at Hype Hotel and Fader Fort, I stepped into some of Austin’s smaller venues to check out bands like And The Kids, Honne and more.

First stop of the night was at Cheer Up Charlie’s to catch a wave with the Oakland based artist known as Day Wave. Formerly of Carousel, Day Wave holds onto some elements of electro-pop, but has returned to a more indie rock sound. His lyrics more than often lean toward the introspective side, and when mixed with such catchy beats we are better, more self-aware beings because of his songs. Listen to his recent track “Stuck” when you’re feeling, well, stuck in your head.

Next I skipped down the street to catch the western Massachusetts band And The Kids at Swan Dive. The trio has been called indie rock, avant-pop, apocalyptic-pop and so on and so on. Their sound is unlike anything being done right now, so let’s just call them your new favorite band. A new album is on the way, set for release in June but until then you can catch them on tour. Those in Austin can see them this Friday at Barracuda.

I caught a couple of more acts including Fear of Men and Femme before ending my night at my favorite moody Rainey Street bar, The Blackheart, to catch Honne. I was a bit misled when I quickly researched the “electronic” band. Sure, they’re electronic, but it’s such an injustice to leave out words like “soul” or “groove” when describing their sound. Out of the entire night, this band was the most successful at getting the crowd to really shake it. Put on your dancing shoes for “Coastal Love” or slow it down with “Woman.” Either way, you’re in for a good time.

Fresh Friday Mix: Lux
NYC-native, Olive T, takes us on a 60-minute voyage for her Rhythmic Culture mix
"wish cops would stop killing unarmed black people" — the lead single off of small professor’s new a...
LA-based percussionist and producer Te'Amir takes you on a journey with his album "Abyssinia & Abyss...
Minyo Crusaders merges traditional Japanese folk with Latin, African rhythms and flourishes of exoti...
Copenhagen’s Caius drops a new single the reimagines the 1970s track "Diamond in the Back" by Curtis...
Nova Batida pt.2 (the multi-media one)
Ben Fairey - Temples [Castle1 Remix]
London based alt-pop duo, RINNGS release their melodic new single: "It's Coming Back"