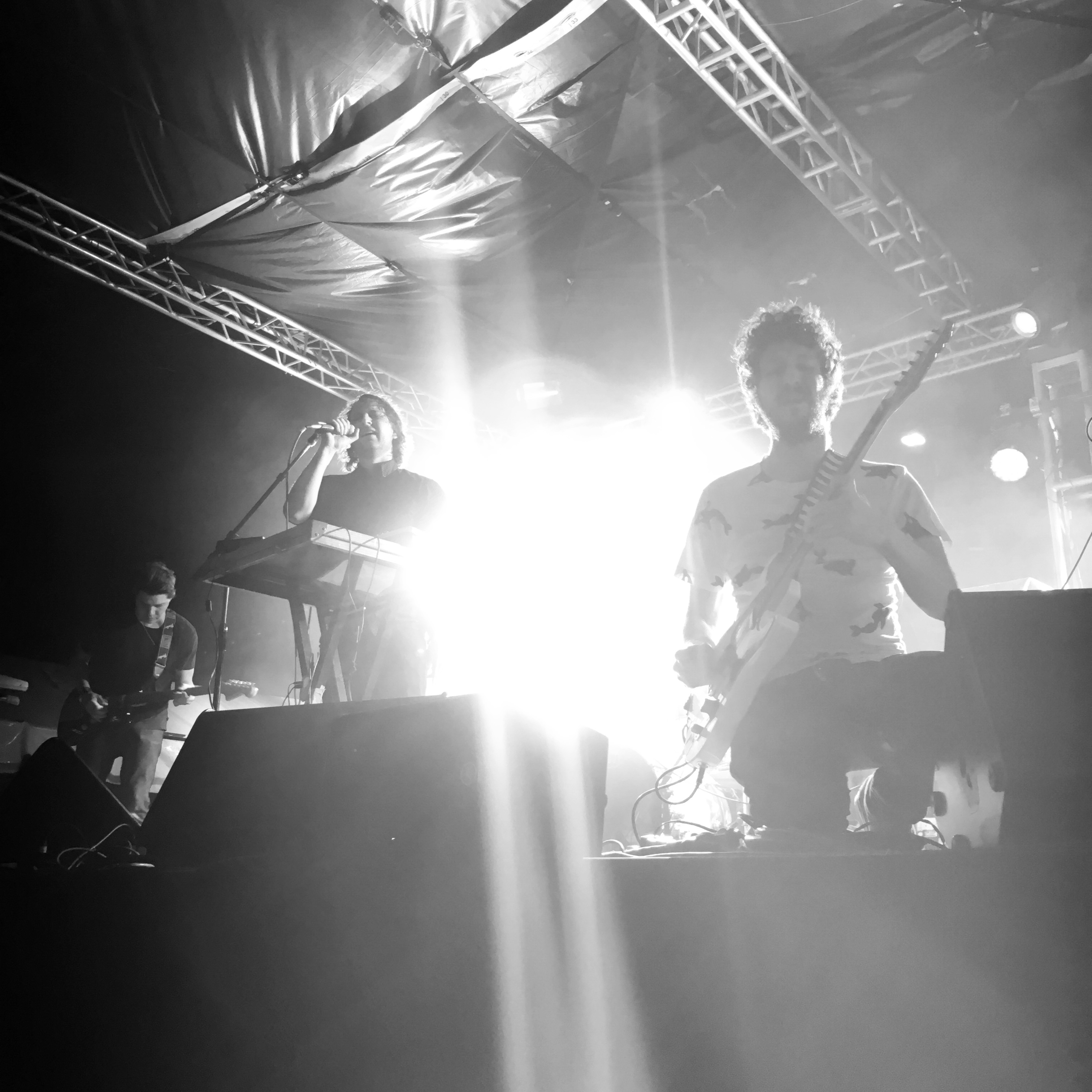 A little rain failed to put a damper on the festival Friday, though it tried. Hopping from Spotify House to Hype Hotel, from Rainey Street to the Red River District, day four’s line up was the most jam-packed by far.

Porches was the reason to get out of bed before noon and head over to the relatively calm Spotify House. If you haven’t heard this dark, sensual and synthy group yet, you’re a bit late to the party but that’s okay. Just get here and listen to Mood on your way over.

Next up was Coast Modern at Hype Hotel. This California based group was a welcome change from all the minimalistic music I’ve been scoping lately. Animals is a particularly nice sensory overload for your ears. Think surf rock/pop: perfect for driving with the windows down or taking a dip in the pool.

Ending the night at Rainey Street to catch Small Black, the sudden thunderstorm delayed the set times by an hour but no one seemed to mind. Having first seen the indie pop group in 2013, maybe it was just me who was feeling nostalgic vibes. Or maybe not, since they played Free at Dawn and closed with No Stranger. Their performance was charged with energy and their good mood was infectious. They truly seem to enjoy playing together and that can make all the difference for a crowd. If you have the chance to catch them in a city near you, I highly recommend it.