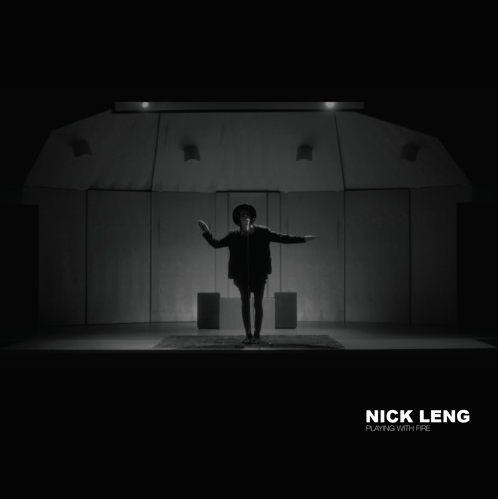 We’ve been ranting and raving about West-coaster Nick Leng for years. Since his smash single ‘Crawled Out of The Sea’, Leng has been busy perfecting his sound, and with his latest release ‘Playing With Fire’ we can officially say that Leng has arrived. The fog has lifted; Leng isn’t hiding his voice behind layers of reverb any longer. The production takes a back-seat with ‘Playing With Fire’, Leng is under the spotlight, and he absolutely soars. But let’s be clear, this track is expertly crafted at every level, and represents a truly beautiful evolution of an artist as he discovers his sound. ‘Playing With Fire’ is truly a remarkable step forward, and will inevitably vault Leng in to the hearts and playlists of many.

Black Josh joins two French producers for the new track "King Of Lyon"
Matthew Halsall's new album, “Salute to the sun,” looks cautiously into an optimistic future
November 2019 Mixtape
I Keep Seeing Rainbows Everywhere
A Cosmo Disco set from Laurence Groom
Lo-fi house beats inspired by the charmed forests of western Russian
A lo-fi Christmas mix inspired by hip hop and Charlie Brown
For Solomun's second full-length album, “Nobody Is Not Loved,” he teams up with an interesting cast ...
Shoegaze and lo-fi house come together for Silver Liz's new celebration of staying in