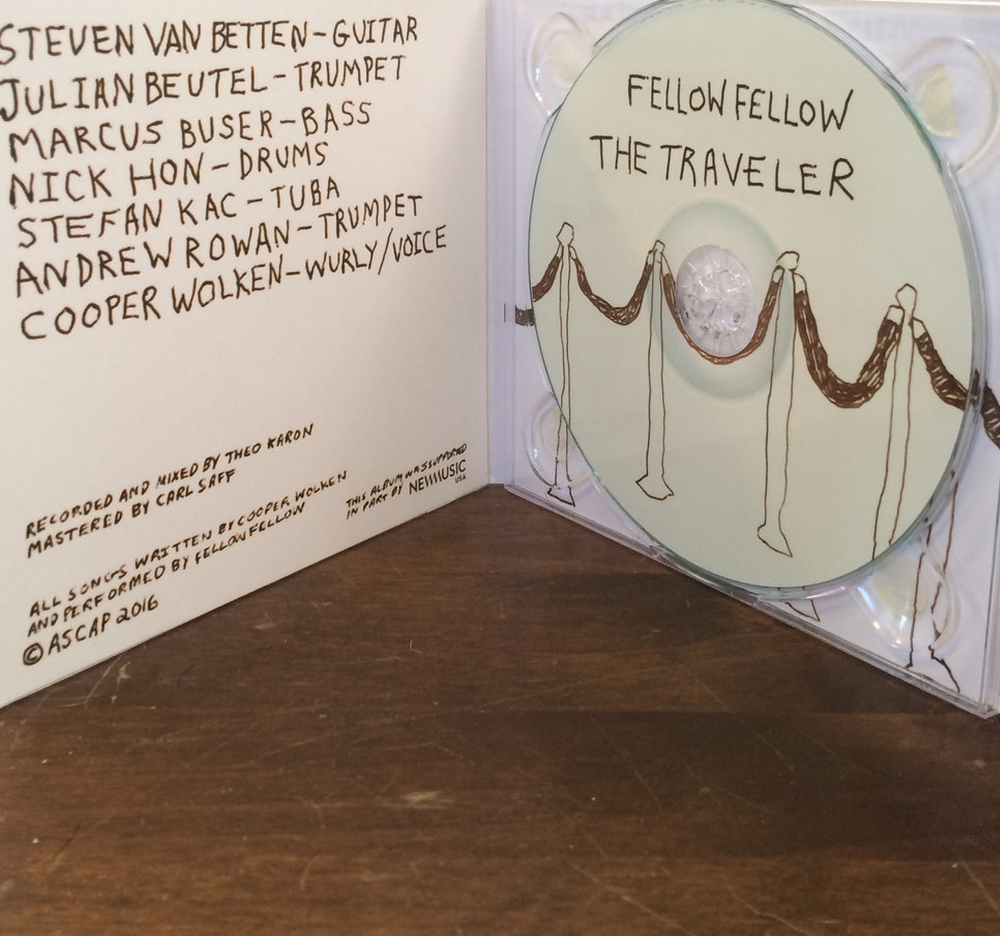 I am told that Chamber Pop means music that “places a renewed emphasis on melody and production, layering baroque, ornate songs with richly textured orchestral strings and horns while virtually denying the very existence of grunge, electronica, and other concurrent musical movements.”

(Think: Beirut, or The Decemberists)

Fellow Fellow certainly delivers on that promise. With guitars, a tuba, and blaring trumpets (and maybe even the occasional whistle), the band gives you a big circus of sound to listen to. THE WHOLE TIME, Copper Wolken’s vocals carry you through like a 18th century American frontiersmen.

The band have just released their debut album entitled The Traveler which you can stream on Bandcamp for free. (Fave tracks: “Ghost,” “The Traveler,” and “Lightsman’s Dreams”)

After you’ve listened to the album once, you can buy it on the Fellow Fellow Bandcamp page (it’s only $10).

Das Body's debut EP coming out this Fall
New single from Kraak & Smaak: "I'll Be Loving You"
Nightmares On Wax takes us on a dubbed-out soul-filled journey for his new album
Afrobeat meets roots reggae with new album from English band: Me and My Friends
The world's largest collection of the world's smallest versions of the world's largest things
Some swinging sounds for Sunday from Quantic and Nickodemus: "Mi Swing Es Tropical"
Reduced to Tears by Kate Tempest: Snippets of NOS Primavera Sound
Experimental Housewife brings us nearly two hours of psychedelic techno with her new mix for Residen...
Duval Timothy's record "2 Sim" is an audio journey into contemporary West Africa