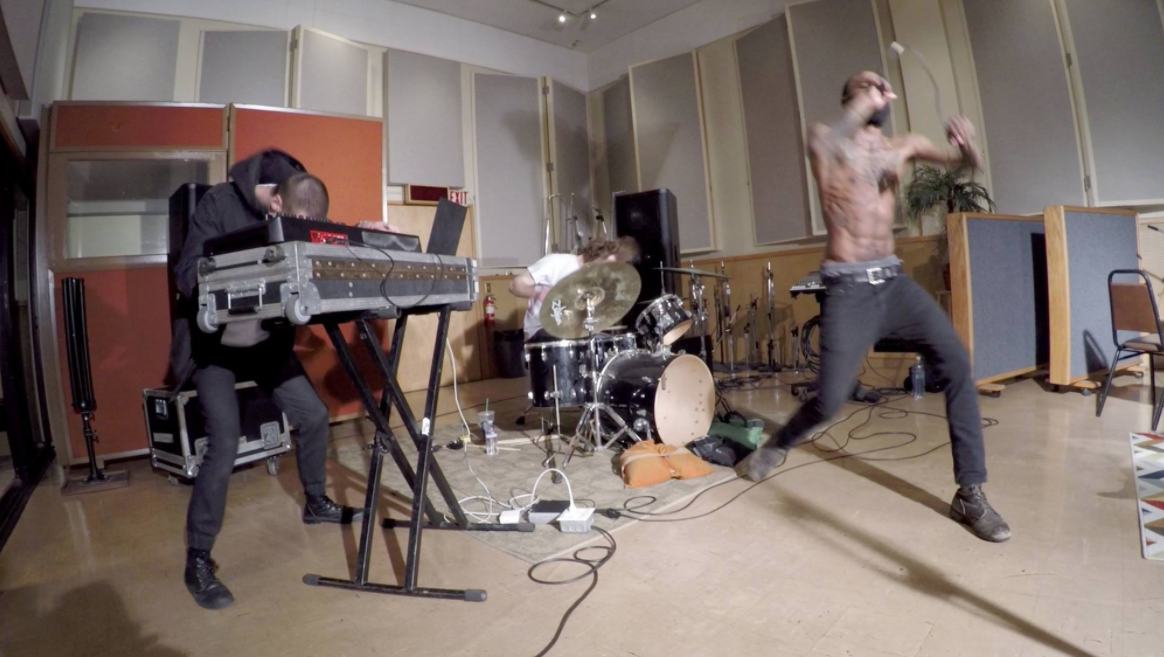 Have you ever heard of the Sacramento, California-based band called Death Grips? It’s three dudes called Stefan Burnett (aka MC Ride), Andy Morin, and Zach Hill and they’ve been making music together since 2010. That’s where the facts end and the rest is open for interpretation.

Forget using genres to describe Death Grips. It’s not rap, but it is. It’s not electronic music but it is definitely electronic. It’s not rock, but isn’t it? I once heard someone describe them as a way more aggressive version of the Beastie Boys.

They released an album last year called Bottomless Pit which was one of the best albums of 2016. So I thought I would be helpful and keep you up to date with some Death Grips in case you’ve missed them. Otherwise…. “Eh”

I’m not racist
The Lost Tapes — a new collection of rare and unreleased tracks from Norwegian electronic duo Röykso...
Black Josh joins two French producers for the new track "King Of Lyon"
Sampa The Great: The Return
Matthew Jontiff's new single, "Antique Traveler" was inspired by space shuttles: Columbia and Discov...
An EP that was conceived in the Swiss Alps and ended up on the dancefloor
What do you know about a DJ called "HAAi?"
Inspired by a needledrop, Session Victim's new album expertly fuses jazz, soul and electronic music
Hun Choi has got a hunch that you're going to like his music.