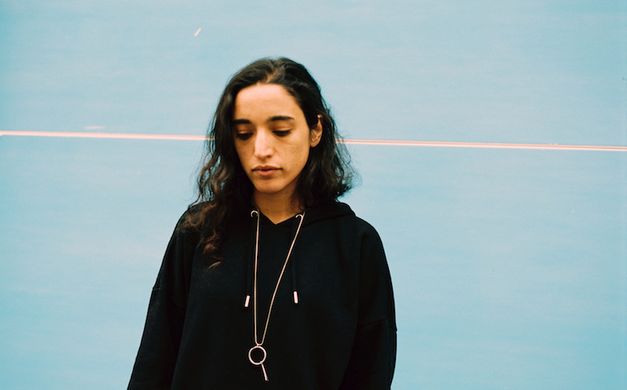 Today we’d like to feature Palestinian DJ and producer Sama Abdulhadi in the mix. Abdulhadi started mixing music in 2006, and began producing her own music in 2010, focusing on techno, house and other deeper sub-genres. She went to school in London and then moved to Cairo after she graduated to work as a sound designer, producer and trainer. In 2017, she moved to Paris, where she is currently based.

Credited as the first DJ to have brought techno to Ramallah, Abdulhadi is starting to become an ambassador for Palestinian creativity around the world. The fact that Palestinian culture and identity is constanly under threat means that the symbol of a DJ from Palestine touring the world becomes a political statement. But it’s more then just a projection of Palestine to the rest of the world for her, it’s an escape for Palestinians as well. “Palestinians need to get away from the reality they’re in, to be able to sustain until tomorrow,” she explains. So although she is gaining international recognition for her DJ sets, she still finds great pleasure from playing within Palestine.

SAMA – From SkyWalker to SAMA
Originally known as “SkyWalker,” Sama has recently changed her moniker to simply SAMA. This mix represents the transition back to her realname. The day she rediscovers the new old name of SkyWalker.

A rising voice in the world of UK hip hop
Old Smile's new single "Blurry Sign" was recorded without any preconceived notion of where it was go...
The new Rose Rose single, “Sugar Hill” sees dreamy house vibes through a 70s-era disco lens
Beck's new album, Hyperspace is out today
Hungarian producer Àbáse combines mystical jazz and hip hop in his new single
Cosha
Psychedelic synth jazz by German producer Sascha Haus
Lee Fields has been releasing music for 50 years, and there is no sign of stopping
Klaves brings us some chilled out beats