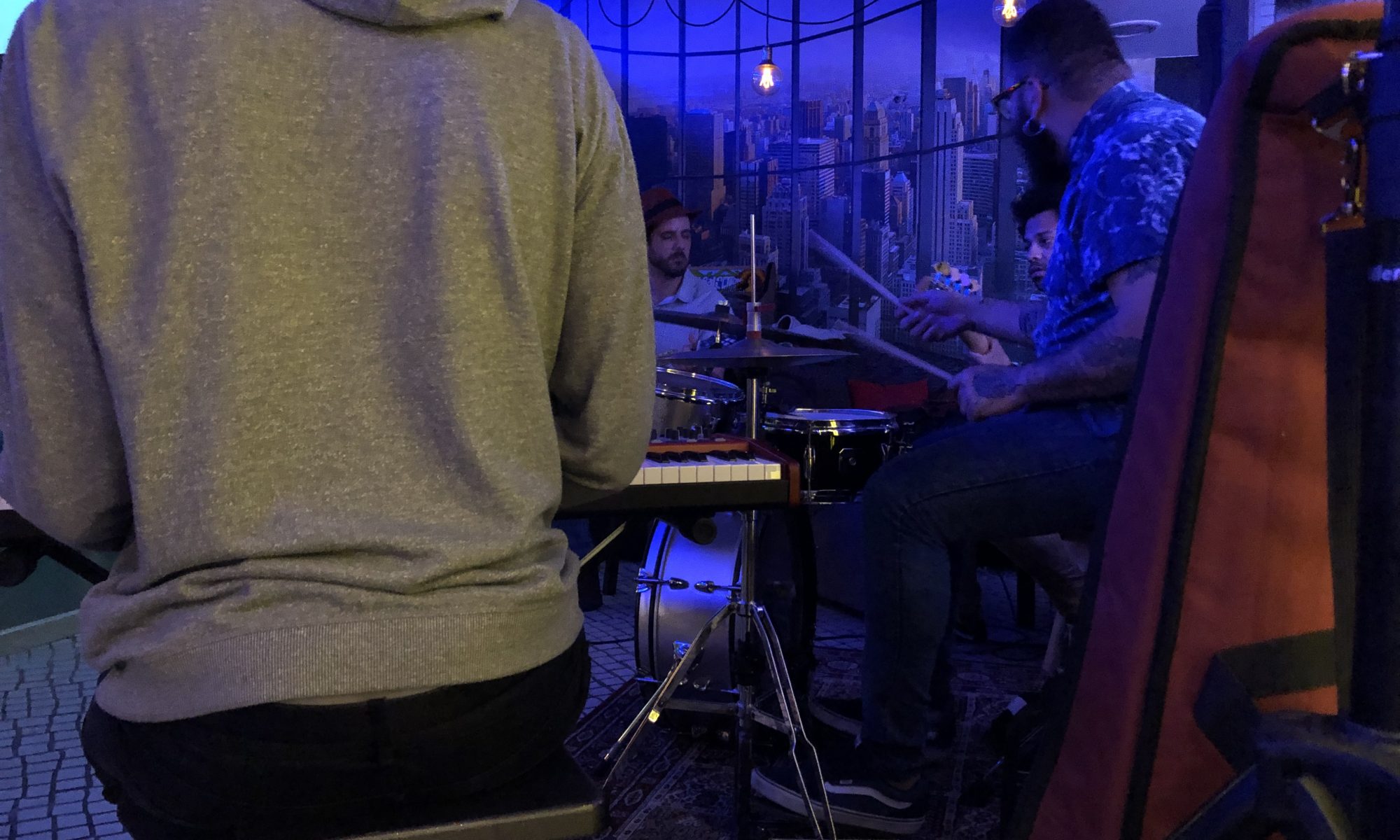 Blues at Mercearia do Campo

An eye-popping display of instrumental virtuosity at a charming venue in Lisbon.

I can’t give you a band name, because they were not a band. In fact, it was the first time they had all played together, the lead guitarist later told me. I must be mis-remembering that, because they absolutely smashed it. Every one of them displayed some dazzling skills, but it was the drummer in particular who blew me away.

They opened with the jazz standard Cantaloupe Island. But I didn’t know it was called that until I had to write this article. The first thing that popped into my head was ‘Dip Trip, Flip Fantasia’, and naturally I couldn’t remember that the name of the song which used those lyrics was Cantaloop, by Us3. One of the joys of writing for TNLF is the research inspired by the gigs I go to, in this case, including discoveries such as this Herbie Hancock performance at Blue Note (do you know what a ‘blue note‘ is?):

I took the liberty of taking some sound recordings of the gig, which maybe you can play while you read. And here you can already hear the drummer’s confidence in totally switching his style mid-song.

Being Portugal, naturally the gig didn’t start even remotely on time. We weren’t sure where the musicians even were, until the pool game finished and they all resolved that well, maybe now it was time to perform.

In the next clip, you can hear them start up on a fairly pedestrian-sounding blues riff…

But towards the end, you will hear the drummer and guitarist start to mix things up nicely, which continues in this, the longest of my recordings.

Naturally the phone has not captured the sound with much richness. But it’s in this 3rd recording that you can start to appreciate how the musicians enjoyed playing around, and were eminently confident doing so.

Talking of confident, they even did a blues version of Ray Charles’ I Got a Woman.

Much imitated, never really bettered, though this version by Elvis is quite fun.

And for the kids, here’s Diplo’s rather amusing remix:

So, not much more to say. There’s no website for the band, but I did ask the singer for their details, which are:

And the venue was the charming, multi-use space (restaurant, deli, co-working, music, pool table…) Mercearia Do Campo – another one I will be returning to for their wide range of musical offerings, tasty food & wine.

“The Message of Xmas” — festive new album by French composer, Christophe Chassol and l’orchestre de...
Confidence Man ‘Boyfriend’
Tucked away on a secluded beach in the Mediterranean, KALA might be the closest a boutique festival ...
Penya's new self-titled LP is a genre-melting exploration of ancestral rhythms that reimagines the g...
“Touch: Isolation” a new album to support artists and musicians during lockdown
Espírito Nativo at Chapitô in Lisbon
Far-reaching cinematic jazz from the Bristol based collective: Ishmael Ensemble
Yoke Lore releases new EP called "Meditations"
Zhu x Nero make some Dirty Bass with "Dreams"