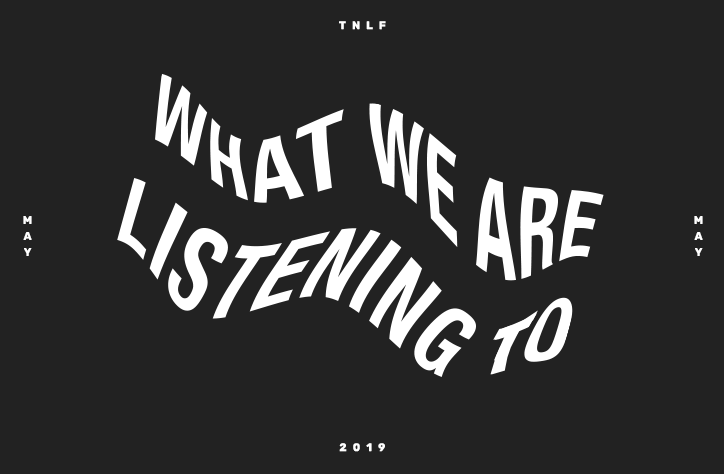 I’ll let you in on a little secret. Most of the contributors at The New LoFi work in the media industry. We work in a variety of different jobs in the industry, ranging from marketing, to production. But there is one thing I think we all share – we are all closet musicians. The thing is… I think this is true for the entire media industry; we all love music. Take the place I work at full time; there are three people that are in bands, two DJs, and a sound engineer. These are people that work in advertising by day, but on nights and weekends they cut their teeth in the music industry part time. And that’s just the people I know in one company…

It seems to me that the media industry is the place for people to support their music addiction. For some, it’s a 9 to 5 job that pays the bills while we aspire to do something more with our passion for music.

So you can imagine that if you work in media, your coworkers are going to have a pretty well-formed opinion about what kind of music they think is good (and bad). And their tastes are going to be pretty eclectic. And the decision of who will control the playlist in the office each day can be a battle.

So while other blogs are releasing playlists by professional artists, I thought it might be interesting to release some of the music that the amateurs are hyping — after all, the democratisation of music has allowed everyone to become a curator. Each month we’ll be highlighting the musical tastes of someone in the media industry and collect it in a regular column here called: “What We Are Listening To.”

For our first instalment, we travel to England to check in with a house aficionado called Laurence Groom. Laurence is a Junior Planner at an advertising agency in London and he’s introduced us to his “Cosmo Disco” set.

The New LoFi: So what is a Junior Planner exactly? What’s a typical day like?

Laurence Groom: So I’m a strategist (also known as planner in agency lingo). It’s my job to help guide and inform the whole process of developing adverts as well as advising on how they should be delivered. We are supposed to be the smart people in the room that have all the answers (with a lot of emphasis put on ‘supposed to be’). This requires a working knowledge of how advertising really works, as well as things like media channel selection. A huge part of this is knowing about how people work and what is really going on out there in the world. This involves a lot of research into culture, behaviour, buying patterns etc. I’m pretty junior so I get work on any projects that need help on which is fantastic way to get exposure to different problems (and also not get too bored working on the same client all the time).

TNLF: Your mix was recorded live. Why was it so important to record it in one take?

LG: Well it’s definitely in part because I’m not set up with any music editing software but I’d also say that sticking to just recording the set as it goes is a great way to practice for any parties where you’re obviously mixing live. Knowing you can’t just paper over any mistakes adds a bit of nerves to the process which I don’t see as a bad thing.

TNLF: What is your set all about?

LG: So this is my take on a Cosmic Disco set. As a sound I’d say it’s deep and groovy but doesn’t take itself too seriously. I love the depth of the basslines, I love all the little squiggles, and the cosmic name is apt so it’s often quite trippy too. It’s just a really nice space to be in.

I also really like that depending on the tempo and intensity you play, it’s a genre that can build a relaxed and dreamy daytime vibe or tear the party down at 3am.

TNLF: Cosmic Disco… I love that! The mixture of disco and house is one of my favorite combinations. How did you come up with that? Where did you take inspiration from when you came up with this set?

LG: My biggest influence for this style is undoubtedly DJ Harvey. The first time I saw him was at Unknown Festival in Croatia where he played this incredible woodland stage and it is no small claim to say it was the best set I’ve ever seen.

He didn’t just raise the bar for what I thought was possible with DJing, he completely blew the roof off. Everything from his mixing and track selection, to his entire look and presence on stage were on another level. The way he moved the mood from heart-swelling beauty all the way to absolute carnage so seamlessly, and all within the ‘disco’ genre. I was a changed man.