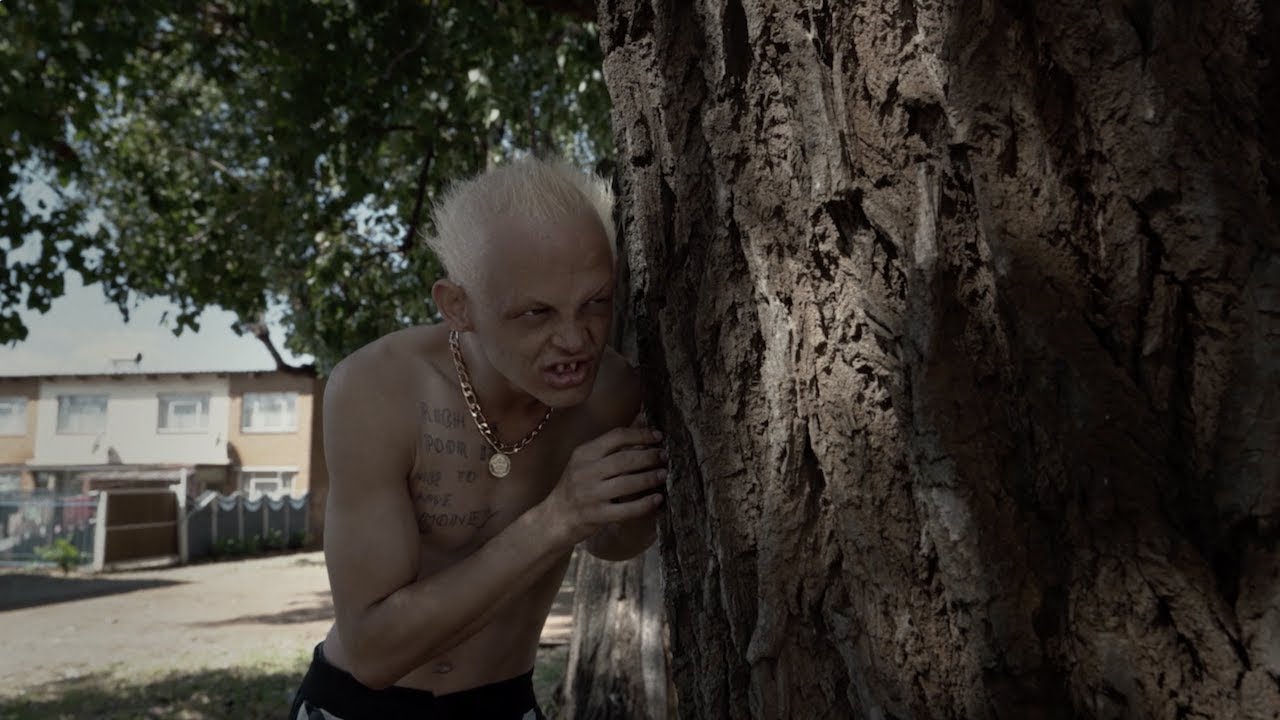 Listen To This: Die Antwoord Hit Back At Closing Walls With Slang-slurred “DntTakeMe4aPoes”

The end is nigh for South African zef rap-ravers Die Antwoord as we approach the release of their proclaimed final album, “27” (previously The Book of Zef), and with controversy turning on them once again, new single “DntTakeMe4aPoes” shows this tenacious trio can still hit back with a hit.

It’s almost a surprise to hear that Die Antwoord are coming to an end as a music-making entity, what with two of the most high-energy people in the industry today leading it. But alas, all entertaining, slightly cringe and completely crass things, must come to an end. And so be it – looking back on their discography, it’s hard to believe 10 years has gone by since they released their first singles, music videos, capturing the imaginations of South Africans initially, and then Europe, South America, the United States, and everywhere in-between. For them, it must feel like a bookend to a life-changing zeffed-up journey. And what a bookend, with “27” (2+ years in the making) primed to feature 27 tracks, acting as a soundtrack to a full feature film (a creative direction they are hoping to explore) they state on their IG will be “exciting, dark, surreal, raw, hardcore, soft, beautiful, colorful, grimy, twisted, magnificent, dangerous, mysterious, romantic, wild, cute, unpredictable, profound, defiant, aggressive, demonic, angelic, narcotic, nostalgic, hyper-real, magical, totally fuckin mental and cool as fuck… all shot through with a fat dose of our usual zef humor.“

The current context isn’t free of controversy though (has it ever been?). But the walls are closing in. With their still-ongoing social media skirmish with Australian accuser Zheani taking them to task for “satanic abuse” and “trafficking”, and an online following increasingly becoming turned off by their churlish and evasive responses to the allegations, and all comments turned off on IG, YouTube, etc., it’s not hard to see this latest single as a threatening lamentation on their frustrations to wave away this latest gaffe, whether warranted or not. Controversy has always been their fuel, but the once-reliable, but now more value-led fans, might not stick up for them as much down the road as before.

This latest single opens the floor for the finale, feauring local SA rapper G-Boy as the MC. He takes the lead here surprisingly, and then pitches it perfectly. His verses are tight, focused, and delivered in a pretty convincing fashion. But this is certainly Die Antwoord’s answer (no pun intended) to the autotuned phrasology of Post Malone and the like. Those artists, however, could never play in the world that Die Antwoord play in. Ninja and Yolandi’s thing is still their own little frankenstein.

G-Boy is just one of the local RSA rappers to feature on their final album, with it being spun as a showcase of stars back home, set to feature talent like Moonchild, Driemanskap, Skombizo, Bosrot, Rick Lo, Immie Vannie Delf, Mr Buttons. “Simunye, we are one”, as seen on the accompanied BTS video to the video, an allusion to an old SABC 1 tagline seemingly recognising how fortunate (read: privileged) they were to find success in ‘the overseas’, while many collaborators never got their proper due. Though, with their humongous audience draw worldwide, it seems many of these artists will now get proper exposure, with fans hungry for more from ‘zef’ culture, and local talent in South Africa.

Yolandi is absent in song, but directs the video, while Ninja is relegated to a brief intro and a short but effective breakdown verse near the end – his voice heavily affected in the Cape Coloured accent, slurringly slinging the local slang with pitch-perfect precision. It’s a bit ‘cultural appropriation’-ny, but Ninja avoids parody, hopefully blessed by the ‘ayas’ in his studio circle seen in the BTS. god (formerly DJ Hi-Tek) goes absolutely subterranean on the bass here, having it whip like a lash on a dime – dogs are hearing this thing. It’s a sparce, alien-like production, with trappy off-beated hi-hat hits interspersed. And the eerie keyboard arpeggiates up and down in hypnotic fashion, making the whole thing seem like a twilight zone of murderous laments, G-Boy decrying the “poese” who fuck with him and “take him for a poes”. But let’s be honest, this is clearly a response to increasingly stinging critique and and the trials and tribulation of a tryst gone twisted. Totally on brand.

The lyrics are fairly simple for the most part, but the annunciation here is what’s important. And looking at the Afrikaans slang used, mostly dutch-sounding noises for international audiences, but for speakers like myself, it’s a joy to hear the language used despite the probable insistence of commercial viability, and especially the mineral-rich expressions and vocab of the Cape Coloured ethnic community in South Africa. And just to be clear, “poes” means “c*nt”, while “don’t take me for a poes” means “don’t take me for a fool”. It’s a versatile word, not unlike “f*ck” in the US.

If you hated them up till now, this probably isn’t going to change your mind, but as a showcase of local talent over their own, there might be room for the moderates to step in and explore a world that shouldn’t have existed in the mainstream, but now does. As a second step into the dark deep bass, extra-terrestrial melodies and macabre world that is sure to be their final album, it ain’t half bad. This could be a summertime hit in Hell, if Hell was a Johannesburg highway overpass at 3am. Check the video above and see what I mean.