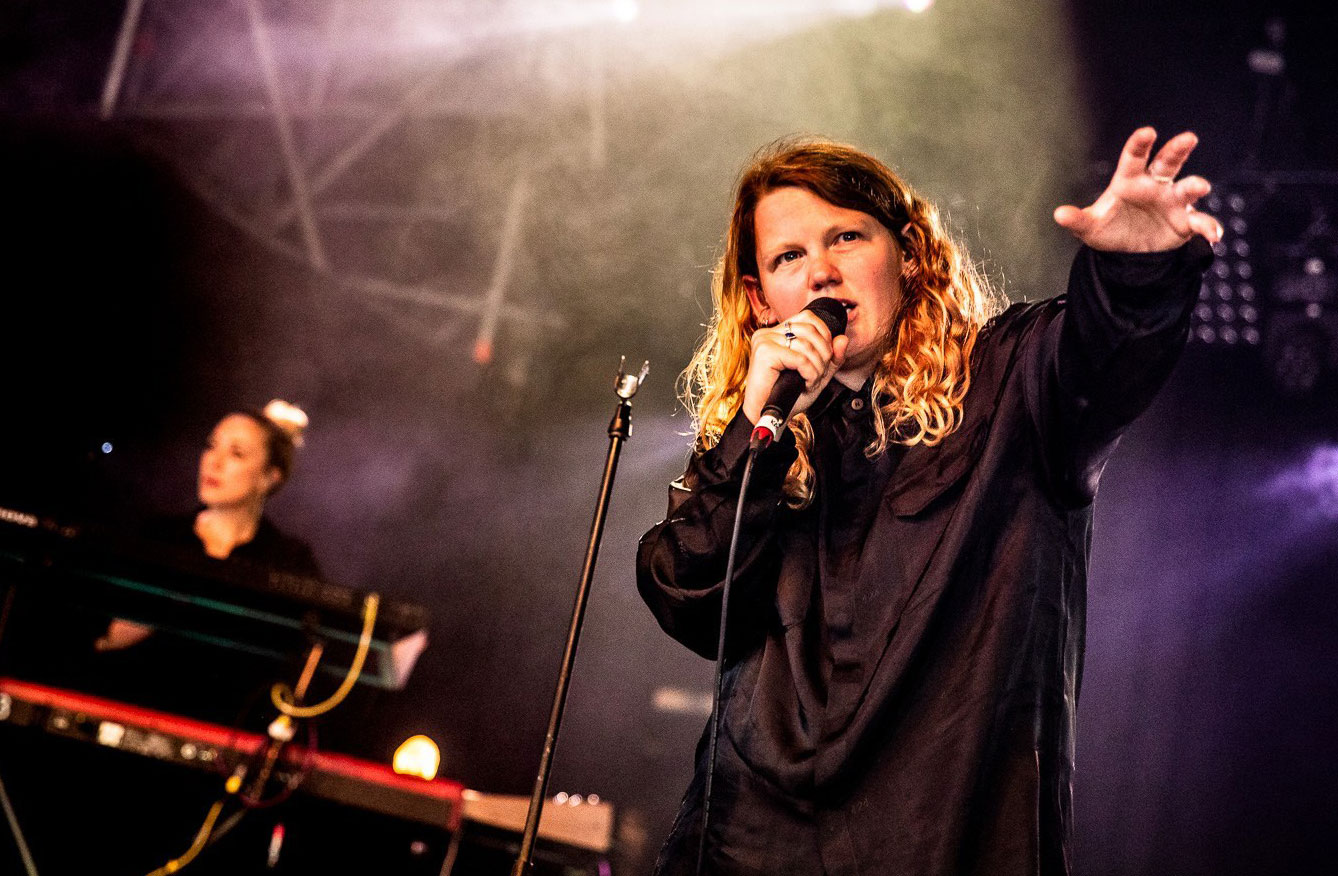 The concise and simple message I want to transmit here is: “You need to hear this artist.” But of course, I ought to attempt, at least, to pay tribute to and transmit the power of her performance and message with some more eloquent, potentially rambly explanations of exactly why you need to hear her.

This weekend, I was totally blown away by the power and beauty of her performance at NOS Primavera Sound. There’s two things that struck me: one is her delivery, rhythm and style – the medium, shall we say.

The other is the message itself. It’s a rare thing that I find them both to be of truly stellar quality, and that’s what we were served up on Sunday night at the SEAT stage. And of course (viz. Marshall McLuhan), the medium & the message gain their power from each other.

I haven’t read all the glowing reviews about her, which I know are out there. I doubt I’ve got anything to say that hasn’t already been said, probably more eloquently, by “proper writers,” but there may still be people out there who haven’t come across her, and I feel duty bound as a human being in 2019 to spread the message.

Prophets talk about the future – Kate talks about today, with the insight and power of an Old Testament prophet (with much less metaphysics, and a lot more insight into the mundane, which she makes beautiful and moving). If you liked the Streets, you’ll love Kate.

We arrived about 15 minutes into her show, having just been wowed by Rosalía. Here we were at the opposite end of the spectrum. No pyrotechnics, no dancing. The stage production was all the more effective for being modest and simple. A large white circular screen, which would occasionally catch her silhouette, microphone to the mouth, backlit with slowly shifting tones that caught the smoke swirls. On the other side, her musician — what do I call this role, “co-creator”? A woman creating the music which Kate sang and spoke with. And that soundtrack was also beautiful and powerful, largely hip hop rhythms, often ambient, very occasionally ‘big’ sounds rising to a crescendo with the light show following suite.

I’m going to the next Kate show I possibly can, which will probably be the Larmer Tree Festival. I remember seeing her at the Hootenanny in Brixton, right when she was starting to cause a stir in London, brought by a friend to see ‘some amazing spoken word,’ which was really not my thing. And I loved it — was sure she would go far — but could never have imagined she would scale that up into the majestic stage production I enjoyed the other night. I cried, quite a lot actually, occasionally laughing through the tears. It was a spiritual experience, and definitely the highlight of the festival. Thank you Kate.