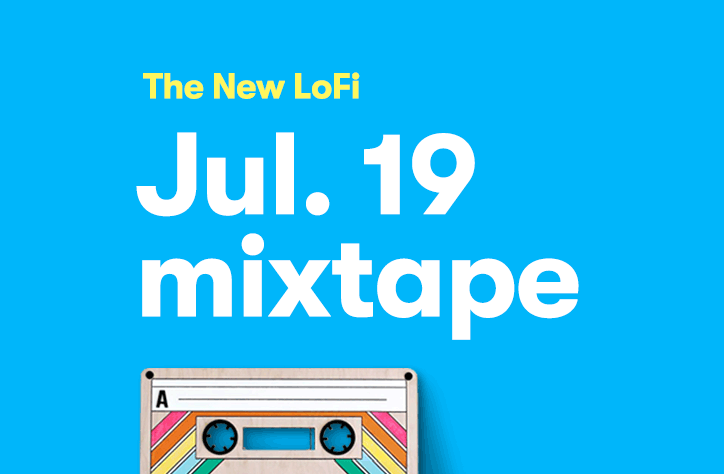 The July mixtape is about three things: sun, fun, and dirty mother-f-ing beats. Summer is in full swing here in the northern hemisphere so it’s time for some good old-fashioned mixtape.

Let’s talk about what you can expect from this month’s mix. First off, we’ve broken some rules. We’ve been told that when making mixtapes, you are NOT allowed to repeat artists. We mostly follow that rule, but this month I decided to totally throw that rule out the window.

So for example, we’ve selected 3 tracks from Cristiano Crisci’s Dig Delve Damn album. Cristiano is the man behind Clap! Clap! and for this album he visited the Dutch Audio Archives in Holland where he went through thousands of field recordings dating back to the 1920’s! He was able to find some excellent vocals and instrumental tracks recorded in the various Dutch ex-colonies from around the world and then weave those sounds into his recordings. It’s really pretty amazing.

The next repeating artist is Lizzo. Now, Lizzo is a bit on the “pop music” end of the spectrum for this mixtape — and The New LoFi in general — we are kind of an “anti-pop” website here at TNLF. However, we’ve included Lizzo’s single “Boys” in order to include two remixes of the track. One remix from an artist called Black Caviar and the other from Dave Audé. So while it might start off sounding like Pop music, the remixes take it somewhere deep into the house world.

And once we go house, there is no going back! That’s why we installed the FISHER track next. I was in a club in Amsterdam last weekend and I heard his song “Losing it” three times in one night! Which is pretty impressive considering it came out a year ago. But It is still an absolute banger. That big harbour horn on the drop… the really tight apache helicopter percussion…. I’m sure this is going to be on heavy rotation at all of the festivals this summer.

Next we’ve included two Modeselektor tracks back to back. Both from their new album Who Else. I was able to see them perform most of the album live last month in Portugal at NOS Primavera and These guys are just killing it! They’ve been producing music for 20 years now and it appears like they have no plans on slowing down. This is their fourth studio album and the way it blends the worlds of hip hop, metal and experimental music into electronic makes for something very unique. Put this album on and tell me that you don’t feel like an absolute boss afterwards.

Anyway! We hope that you enjoy this month’s mixtape as much as we do (despite the fact that we broke the “repeating artist mixtape” rule).

And as always, if you like one of the artists you hear, please go out and support them by buying some of their music.

Enter the weird and wonderful world of Moldovan producer: Serge Bulat
New Single from Best Friend: "Forever"
The best way to overcome a phobia of rollercoasters? Ride one — Mr Jukes teams up with Barney Artist...
For Solomun's second full-length album, “Nobody Is Not Loved,” he teams up with an interesting cast ...
Nova Batida pt.1
At home with T.J. Masters — his new single champions the more domestic side of life
An EP that was conceived in the Swiss Alps and ended up on the dancefloor
Alice Kunisue directs the bonkers new video for the latest Jacques single, “Vous”
Old Smile's new single "Blurry Sign" was recorded without any preconceived notion of where it was go...