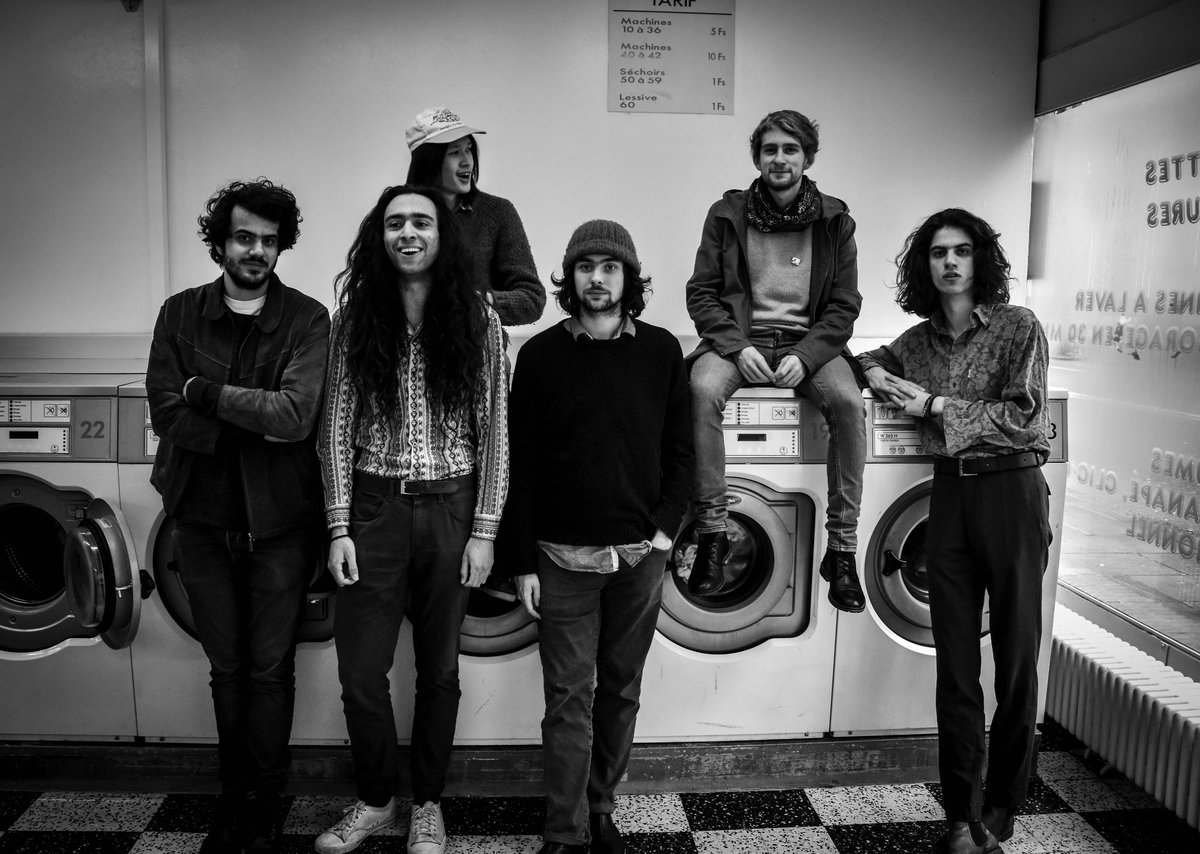 After the success of their debut LP, Polymood, the Swiss band L’Eclair decided that they wanted to do things a little differently for their second release. With their plans laid, they left Geneva last October to travel to a secret hideaway up in the alps. After two days being locked up in the mountains, they emerged with a new album which includes five new tracks and nearly 40 minutes of music.

“The music is freer,” the band explains. “It was captured live in the studio. There are very few overdubs, and it’s mega-organic. But you better listen for yourself.”

The album is called Sauropoda, but “don’t ask why” admits the band. “Think of it as a 2am Youtube rabbit-hole find, or that weird-looking soviet prog funk private press that you knew you should’ve bought the one time you came across it in the bins.”

For the record, I did end up going down a Wikipedia hole to learn that a Sauropoda is a long-necked, long-tailed dinosaur that featured four pillar-like legs and a tiny head. I won’t bore you with the rest of the details, but it is also interesting to note that the Sauropodas were thought be the largest animals ever to have lived on land. Pretty cool, huh?

Anyway, back to the music. Check out my favorite single off the album below. It carries on the weird naming convention with a title like “Endless Dave” and it features over 12 minutes of jazz and spaced-out psych rock that will send you into laid back overdrive.

Oh, and before we get into the listening experience, check out how the band describe themselves in their lineup. I got a kick out of this. I totally want to be Alain Sandri.