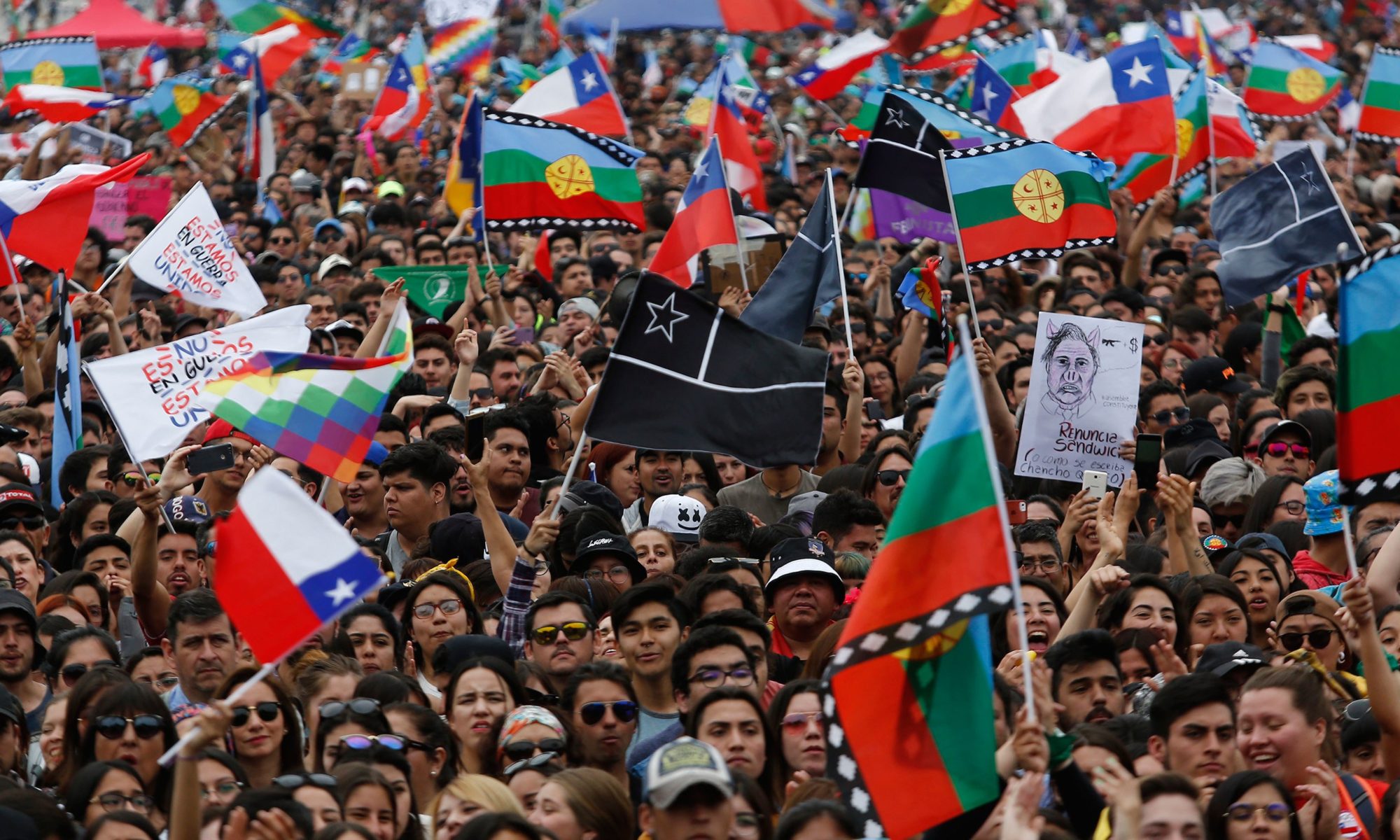 A “cacerolazo” is a form of protest popularized in Chile and Argentina that consists of a group of people making noise by banging pots, pans and other kitchen utensils in order to call attention to a cause. The word comes from the Spanish word “cacerola” which means “stewing pot” or “casserole dish.” When you add the suffixes -azo it denotes a hitting or striking action. So it literally means a protest where you hit your pots. Over time the word has been extended to describe any sort of shock demonstration.

Since the 70s, cacerolazos have spread to places outside of South America like Canada, France and Turkey. This year we saw the return of the cacerolazo in a big way in Lebanon and Chile. Most recently in October a cacerolazo started in Chile after president Sebastián Piñera announced an increase to the price of a metro ticket. The kitchenware armed protesters ultimately led the president to declare a state of emergency in the city of Santiago, which then created a much stronger response from the wider population.

Of course, every organized protest needs to have a fight song and so the soundtrack for this particular rebellion was written by the Chilean musician, Ana Tijoux. If you are feeling it, you should get out your wooden spoon and heavy-bottomed pot to join the protest. #CACEROLAZO