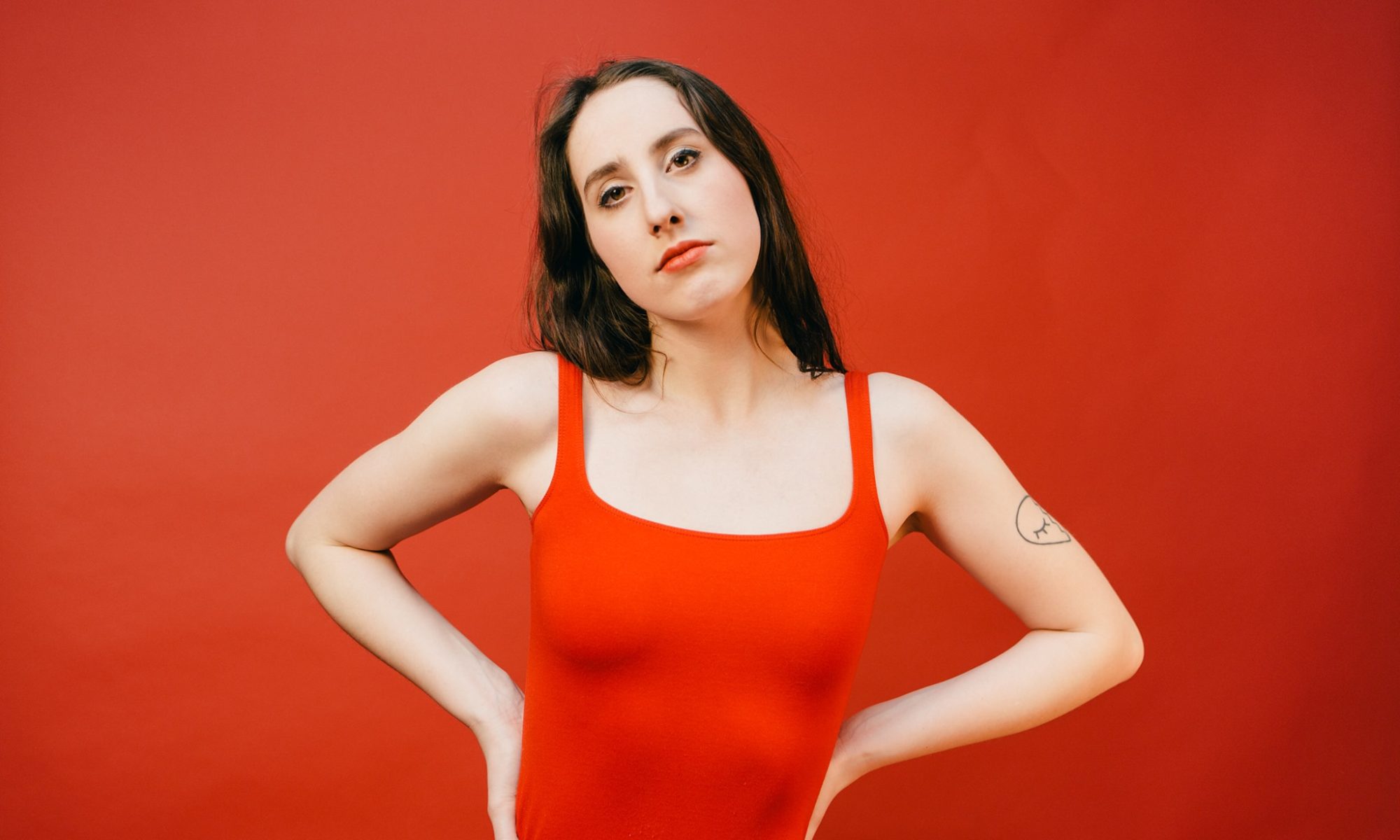 There’s a few things about Edmonton that you need to know. One, it is home to the largest shopping mall in North America (including a theme park, fantasy hotel, and waterpark). And two, the music scene is bursting at the seams with talent. What else is there to do in the dead of -40 degree winter? Either you hunker down in a basement studio with a few pals and churn out an album. Or you grab your bathing suit (slash prom dress) and play pretend at the world’s second largest indoor waterpark. If you’re Marlaena Moore, you do both.

According to Moore, her latest single and video, “Imposter,” is about “feeling like the core of my being is total trash and getting away with tricking people into thinking I’m great.” The mental gymnastics of self-doubt despite success are reflected in the lead up to the release of her third full length album, Pay Attention Be Amazed. With collaborators Chris Dadge (Lab Coast, Alvvays), Scott Munro (Preoccupations), Ryan Bourne (Ghostkeeper, Sleepkit), and producer Chad VanGaalen, Moore had to confront these anxieties head-on during the recording process. “I was terrified initially because everyone who had worked on [the album] was such an insane heavy hitter,” says Moore. “I had a bit of imposter syndrome where I was thinking: you are all WAY out of my league, why on earth do you want to work with me?”

If there is any inkling of doubt behind Moore’s work, it certainly never bleeds through to her performances. A born entertainer, Moore effortlessly bounces between heart-bleeding ballads and bubbly banter. The juxtaposition between crushing self-doubt and careless whimsy is reflected heavily in “Imposter.” Filmed in West Edmonton Mall, the crowing jewel of senseless opulence in a struggling Alberta, Moore is cognizant of these contrasts. “It’s such a strange and surreal part of the city… I’ve always wanted to film there. The song felt right simply because it’s trippy and colourful and upbeat where the lyrical content is somewhat heavy.”

Set to release in the spring of 2020, Pay Attention Be Amazed marks a turning point in Moore’s sense of self as an artist. “It turned out to be the most magical and rewarding creative endeavor I have gone on so far,” says Moore. “I know you’re not allowed to say this but I love the way it came together so so much.”

When it comes to shattering self-doubt and practicing self-confidence, Marlaena Moore has plenty of words of encouragement for those struggling with imposter syndrome. “Fill your tender hearts with curiosity and remember that none of that shit is going to matter in the long run. Make the things you want to make simply because you feel they must exist in the world.”