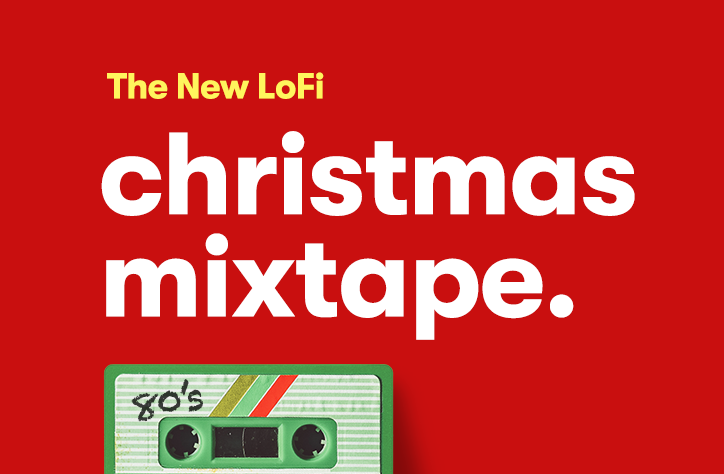 It’s a bonus mixtape for Christmas! An 80s Christmas Mixtape.

I grew up in the 1980s and for me, the 80s had some of the best Christmas music. A lot of it still feels fresh today. I mean… it’s not Christmas until you have “Christmas Wrapping” by the Waitresses blaring out the radio. And “Last Christmas” by Wham! C’mon. Christmas songs don’t get better than that. And the video for that song! George Michael and his pals retreating to a painfully cheesy 80s ski chalet. Everyone’s hair is ridiculously big and floppy and beautiful. Everything about that song is great.

Speaking of Christmas song videos. There are some seriously good ones out there. Have you ever seen the one from “I Wish It Could Be Christmas Everyday” by Wizzard? It features a badly lip-syncing wizard Santa who looks like he’s just come back from a music festival. Presumably, special effects weren’t created when they made that video. Check that one out for a laugh.

Then there is the slightly awkward but brilliant video featuring Bing Crosby and David Bowie. Bing Crosby isn’t just a musical legend, he owned the Christmas category back in the day. On this rendition of “Peace on Earth,” Bing and Bowie get together in a past-meets-present collaboration. The song is great.

What I find funny about the video is how wooden the premise feels. It tries to create a Christmas scene where Bing Crosby is taking care of some stately home in England. When Bowie knocks on the door asking if he can play the piano, Crosby ushers him in. Neither of them know who each other are.

Nearly 30 years later in 2010, Will Ferrell and John C. Reilly remade the video (and rerecorded the song). I’m not sure which one is funnier.

But this mixtape isn’t about the videos. It’s about great Christmas music from the 1980s. So I suggest you settle down into a cozy spot and make yourself a hot drink. Then pop this Christmas mixtape on.

Merry Christmas from all of us here at The New LoFi. See you next year.

Disclaimer: maybe not all of the songs are from the 1980’s. When I put this playlist together, I picked a bunch of songs that encapsulate the music that I remember from Christmastime back in the 80’s. However, some songs from the 70’s might have slipped into the mix. John Lennon’s song “Happy Xmas” for example. Or Bruce Springsteen’s song “Santa Claus Is Coming to Town” from 1976. But they all feel like the 80’s. So even though “Step Into Christmas” by Elton John was recorded in the 70’s, it was still playing on repeat on the radio in the 80’s. So it felt very 80’s to me.