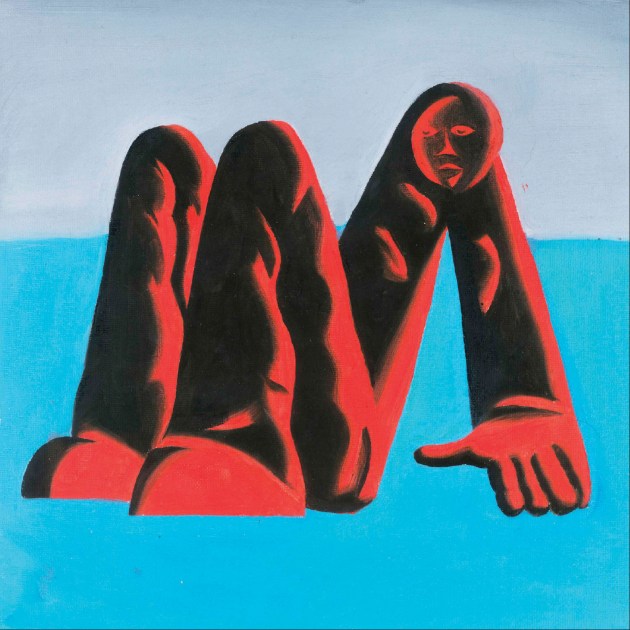 Following up 2017’s critically acclaimed album The Ooz, London’s Archy Marshall returns with another melodic slow jam ‘(Don’t Let the Dragon) Draag On’. As King Krule, Marshall has bent genres at will, combining elements of jazz, post-punk, and dark wave to create a sound distinctly his own.

The music bleeds of self-loathing, agoraphobia, and the unmistakable fog of London urban street life. On ‘(Don’t Let The Dragon) Draag On’, Marshall explores mental illness through multi-textured vocals, implying that several conversations may be happening at once within his head. Subtle synths add bursts of neon and spark to a sloggish bassline, with singular guitar notes hanging in the mist for moments at a time before coupling together in a hypnotic loop. This is all familiar territory for King Krule, a nod to his previous work (most notably ‘Baby Blue’ and ‘Czech One’ from his first and third releases respectively). However a nuanced listen can pinpoint the almost manic attention to minute production cues, and the evolution of Marshall’s sound as almost visual in its textures.

Paired with a brand new video wherein Marshall stares straight at the viewer as the camera slowly zooms outward to reveal he is being burned at the stake by four old English crusaders (two of which are holding hands). It is clear there is plenty of intention to sink one’s teeth into when consuming his art.

Or you could just listen and relax.

Scorpio Man Ernie Hawks & The Soul Investigators are about to funk up your weekend
A Cosmo Disco set from Laurence Groom
D.c.R. Pollock's new single is bittersweet account of how many of us are struggling through this pe...
New single from Twain's upcoming album: Adventure
The new Rose Rose single, “Sugar Hill” sees dreamy house vibes through a 70s-era disco lens
Tucked away on a secluded beach in the Mediterranean, KALA might be the closest a boutique festival ...
A Blast From The Past: Motor City Drum Ensemble
Serial Music Releaser Ty Segall Releases Music Video for New Single "Taste"
Against All Logic - Now U Got Me Hooked