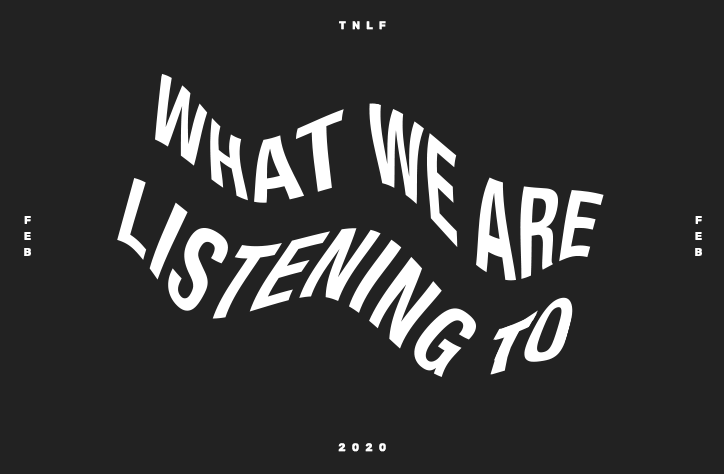 While other blogs are releasing playlists by professional musicians, we thought it might be more interesting to highlight the tastes of people in the media and advertising industry. There’s something about people who work in media. Most of us here at The New LoFi work in media, advertising or production and we’ve found that a disproportionate amount of people in the industry have incredible taste when it comes to music. We’re all really just closet musicians.

By day, Cécile helps consult major brands on how they can improve their strategy in the marketplace. By night, she has been known to get the music bumping in the club. When we caught up with Cécile, we talked about how she reconciles the two very different sides of her life.

The New LoFi: You are a strategist. What does that mean to you?

Cécile Brunet: In a sentence I’d say it’s about understanding business challenges and finding new ways to overcome them. To me being a strategist involves rigour and creative thinking.

TNLF: What are the kind of projects you love working on?

CB: The one’s that are rough and undefined. When the client doesn’t really know what to ask for or where to go. They simply know there’s issue but they can’t define it. Those projects imply an investigation phase as well as having a freedom in the approach. Those are the kind of projects that are exciting to me.

TNLF: Is music an important element in your working process as a strategist?

CB: Not really. I can’t really work with music as my job is very analytical.

TNLF: Let’s talk about you as a musician now. Is it challenging working in the advertising industry and finding time to produce or do you find both doorways as an escape to the other?

CB: That’s probably my biggest challenge in life. I feel constantly torn between the two of them. I feel passionate and dedicated to them both equally.

TNLF: You’re name DJ name is “Martire Cristiana” — how did you come up with this as a name?

CB: When I started making music I knew I wanted my name, Cecile, to be part of how I was known as a musician. I looked up the origin of the name and discovered Saint Cecile was in fact the Patron Saint of Music. I then went on to find out through reading a number of pieces of Italian literature that she died as a ‘martire cristiana’ (which means ‘Christian martyr’ in English). That’s where the name came from.

TNLF: Let’s talk about your mix. What was your inspiration? What is the theme?

CB: I just wanted to play things I don’t get to play in a club. Stuff that I listen to during the day. I usually have an idea of the songs I want to play at the start of my mix but then I just go with the flow. The duration of a mix plays somewhat of a role in the songs I play, but for the most part I just like to be spontaneous and see what happens.

CB: I am not expecting them to feel anything specific. I’d rather have them tell me what they feel. Music is very subjective, and the different interpretations an individual might have is what makes music interesting. A track that might sound boring to one person might sound appealing to another. It’s all based on their feelings at that moment. The different emotional reactions that they have towards a track end up giving character to the music.

Listen to Martire Cristiana’s mix below and check out her Resident Advisor page for more info / music.

“This is what we are listening to” by Martire Cristiana

Modeselektor's label, Monkeytown Records celebrates 10 years
Edward Sharpe Reimagined by Lowenherz
Don't let the badly photoshopped album artwork turn you off to the music of the Sheitan Brothers
Bringing brass back: Too Many Zooz
Psychedelic synth jazz by German producer Sascha Haus
Espírito Nativo at Chapitô in Lisbon
Debut single from Karl Zine is like pop music on acid
Six songs for invisible gardens: a love letter to plants from LA-based producer Olive Ardizoni
New compilation inspired by lockdown and protecting the rainforest