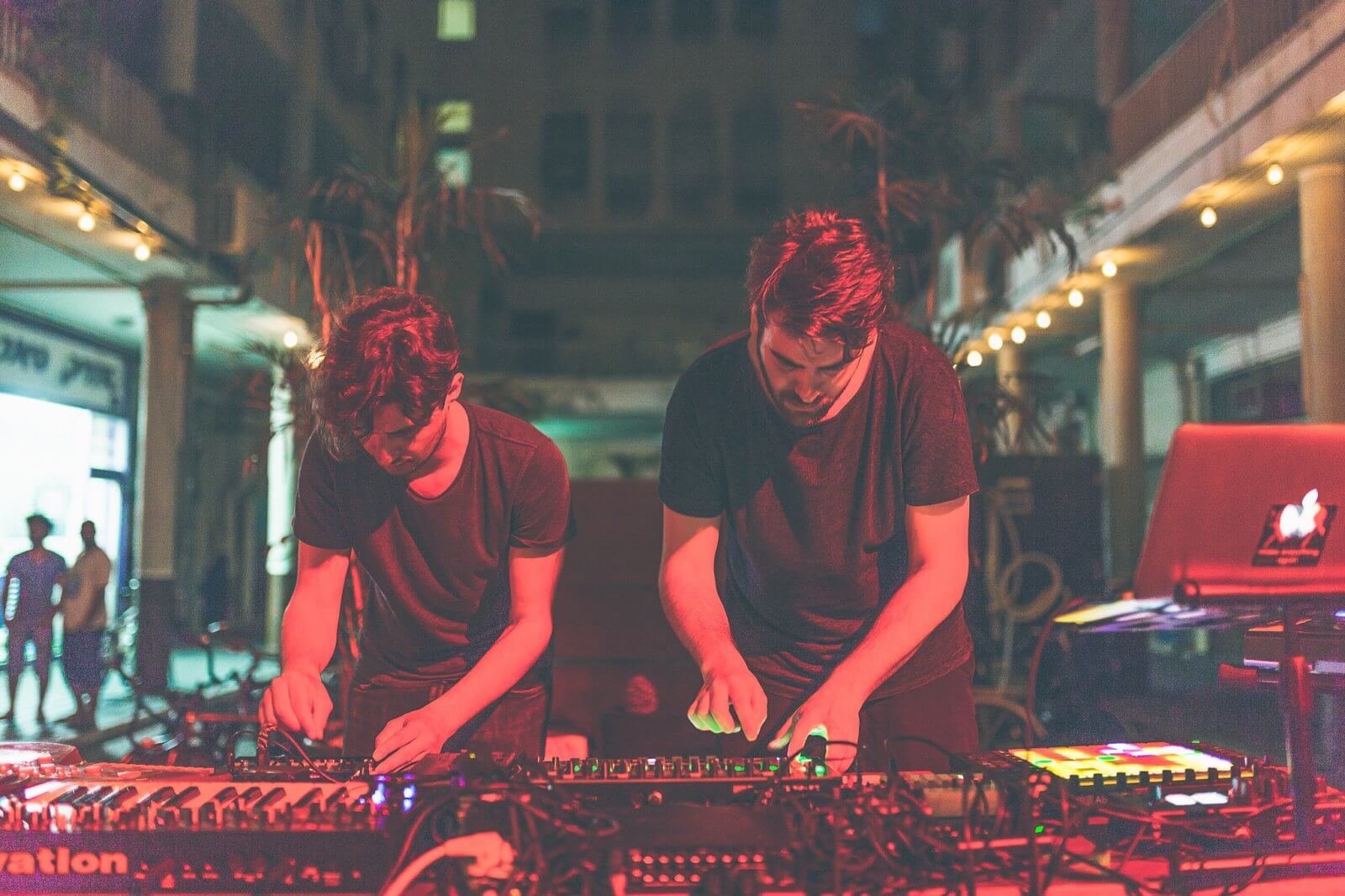 Romanian DJ duo, Khidja, revive a classic jazz track from the past with their new remix of “Man Jumping”

Man Jumping was a British ensemble that blurred the lines between avant-garde jazz and new wave during the 1980s. Now Emotional Rescue — the British reissue label for lost or forgotten tracks — has released a remastered and remix of their 1985 album Jumpcut.

To reimagine the track, Emotional Rescue enlisted Romanian DJ and production duo, Khidja (pronounced Khadeeja). The two producers have been long time fans of Man Jumping and after they suggested the idea to the label, they were given the green light to remix the band’s music to a new generation of fans.

Khidja put their spin on two of the album’s tracks: “Walk On, Bye” and “Down The Locale.” The way they reinterpreted the track conserves the original feel but lifts certain elements like the clarinet, trumpet and sax to modernize the tune. This kind of nuanced enhancement and preservation of the music highlights Khidja’s ability …but also their appreciation for Man Jumping.

The reissue album, Jumpcuts 1 is out now. Grab your copy from Emotional Rescue.

Here’s another Man Jumping track that caught my eye while doing some research. Gives your more of a feel for the kind of music they were creating in the 80s.

Man Jumping – Lenin Tempted By A Job In Advertising (live)

Texas-based hip hop crew, Tru & Livin’ pay homage to Illmatic with their new single "Sundae"
CAIUS joins forces with Danish vocalist Neigh to create a soulful Chill House gem
The Lost Tapes — a new collection of rare and unreleased tracks from Norwegian electronic duo Röykso...
Disclosure have released a new album: Ecstasy
Copenhagen’s Caius drops a new single the reimagines the 1970s track "Diamond in the Back" by Curtis...
Kiefer - What A Day
A collection of Indian, Highlife and Arabic electronic music from around the world
April... it's time to get off your face with some ravey new Giorgio Leone tracks
A lo-fi instrumental hip hop album inspired by the great outdoors: "Up North"