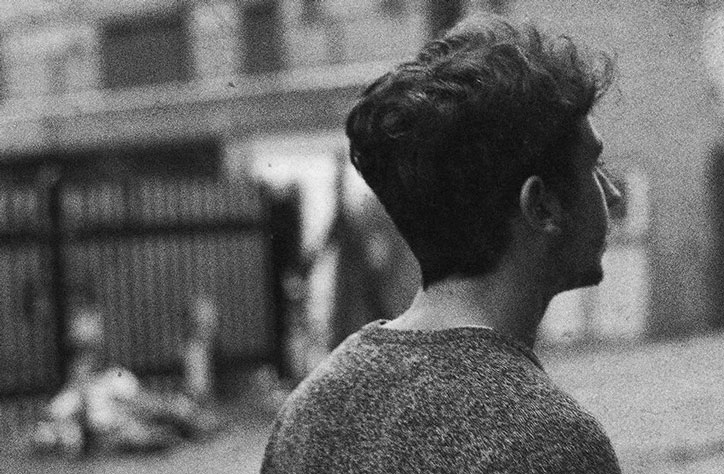 Posted by James Michael on Saturday, May 9th, 2020

Afternoon with Pains: the new single from Italian producer HolyU

“It’s a really essential project,” explains Umberto Milanesio — the Italian producer behind HolyU. “Few elements, but very eloquent for what I wanted to express during those summer moments. They were cloudy days, outside and inside myself.”

Milanesio’s new single “Afternoon with Pains” taps into the sort of organic side of dark minimal electronic music that is currently being popularized by musicians like Jon Hopkins, Bonobo, and Moderat. Underpinned by shuffling percussive elements, the track progressively builds ambient melodies that feel alive and breathing.

Based in Turin, Milanesio first approached electronic music at the age of 17. Right after starting University in 2017, he was scouted by mau5trap (the label started by deadmau5). The label quickly signed to of his tracks, “Hidden Lines” and “Lift arrived_second Floor” and included HolyU on a couple of their compilations.

This year, Milanesio has struck off with the Eternal Nights imprint and has started a new chapter of underground electronic music exploration. Check out his first single on the new label below and keep an eye on this rising talent.

Yuri Suzuki and the Hudson-Powells release an acid house Brexit protest record
French producer, Pastel has created an infectious blend of Neo-Soul, R’n’B and Bossa Nova with his n...
January 2020 Mixtape
Printworks London to reopen with new event concept: Redacted
Reclaiming Cowboy Culture: Orville Peck in Calgary
2021 is off to a good start with the release of Bicep's new 12" double-vinyl: Isles
Los Angeles producer, Channel Tres is demonstrating how deep house and hip hop make a good mix
Ellen Allien's new MDMA remix has us dreaming about the return of the rave
A band dressed like trees. What's not to like about Snapped Ankles?