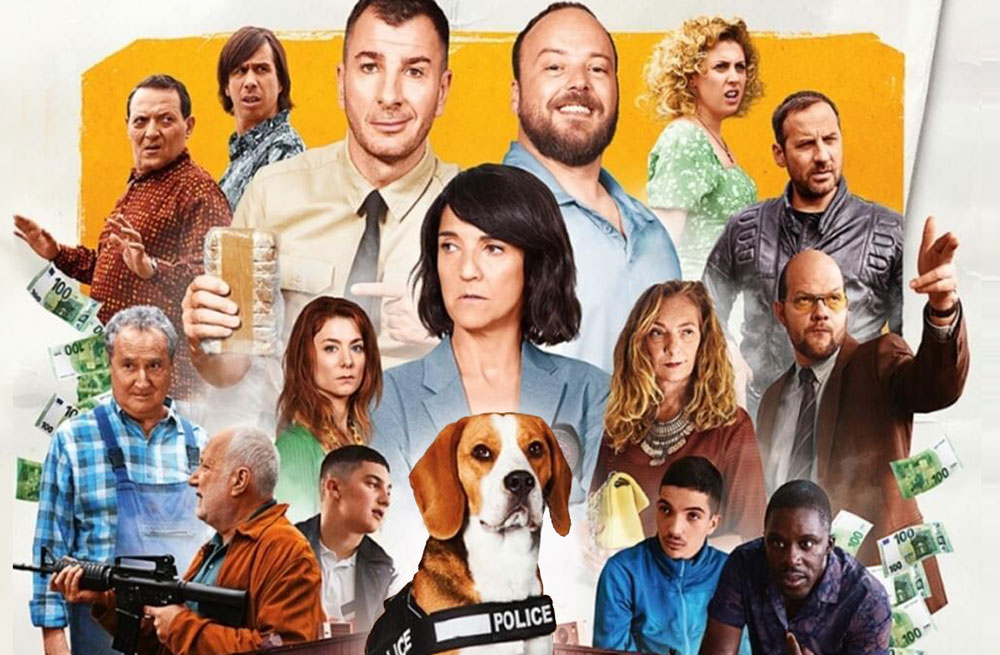 Last summer Sebastien Devaud (aka Agoria) teamed up Jacques on the Sapiens label to create a two-track EP called “Visit.” The EP was particularly interesting because it was Agoria’s first album release in eight years and because Jacques is a pretty elusive enigmatic dude. You don’t see him doing collaborations like this every day.

“The first time I met Jacques,” explains Devaud “we were sitting at the same table but we didn’t exchange any words. The second time, a year later, we started speaking. A lot.”

The story became even more interesting this year when the title single off of the Visit EP was adapted into an original motion picture soundtrack for Olivier Van Hoofstadt’s latest movie, Lucky. With ten tracks on the soundtrack, Jacques and Agoria were able to expand on the sound and ideas that they had originally conceived in the two-track EP. The wonky vocal effect that is introduced on the original single is a common thread throughout the rest of the soundtrack but new ideas have been added along with collaborations with vocalists Sacha Rudy, STS and Blasé.

Agoria – All over You (feat. Sacha Rudy)

The soundtrack is just another demonstration of how open-minded the Sapiens label is. On their website they outline their artistic approach to include: musicians, visual artists, directors, shamans, sound designers, etc.

A “gentle computer virus” ?!?! Not sure about that one, but you can happily add “original motion picture soundtracks” to the list.

Lucky OST is a thoroughly enjoyable listening experience. Each track is like a short film soundtrack in itself, but the entire piece hangs together quite nicely. Stream Lucky OST in full below or buy your copy on the Sapiens Bandcamp website.

Artists to listen out for in 2019: Octavian
New Single from Best Friend: "Forever"
Against All Logic - Now U Got Me Hooked
What is the significance of "57" for the elusive band, Sault – The band that has come out of nowhere...
Clairo's new single "Hello?" featuring Rejjie Snow
Jazz meets deep house music in Guy Metter's new EP, "Luv Songs 98"
A bearded Swedish gangster in a white tracksuit. A car made out of a shoe. Wild animals indoors – Th...
Inventions release a beautiful pearlescent bronze colored vinyl to celebrate second album: "Continu...
Hun Choi has got a hunch that you're going to like his music.