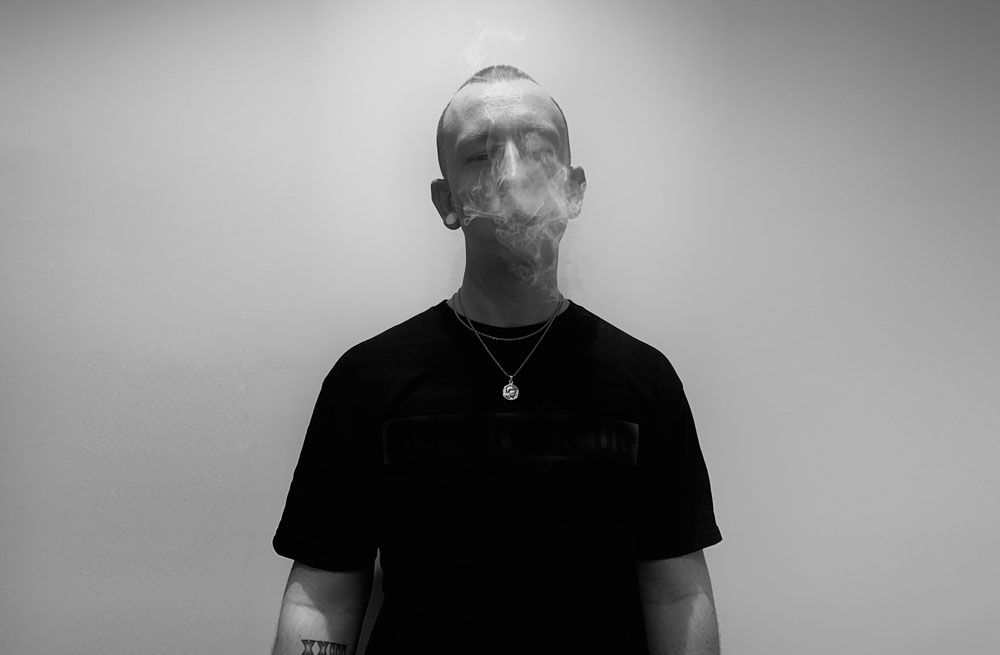 Broughton is one half of the British collective, Not Quite Human (NQH). This year the producer has already released seven singles — the latest of which is ironically named “Underachiever.” Like other tracks Broughton has released this year, “Underachiever” features an ominous other-worldly sounding beat combined with a sharp sense of storytelling and lyricism.

When talking about his latest single, Broughton explains that “‘Underachiever’ is a track I wrote before the pandemic happened. I wrote the track one night when I was feeling a bit down, earlier this year. I was vibin’ to different darker instrumentals and I stumbled onto this instrumental that Zane98 produced and straight away I was drawn in.”

“Am I an underachiever?” Broughton continues. “[It’s] a question I’ve asked myself more than a few times and honestly I don’t know the answer because I don’t know what the bar is for achievements.”

That is the question, isn’t it? The bar for achievement is ultimately set from within. And most artists would say they aren’t productive enough. That’s the nature of an artist: you are always comparing yourself to someone else who is doing it better, doing it faster, doing it bigger.

I think that’s why this track strikes such a chord with me. It taps into the feeling that many overachievers experience when setting their own goals. ‘You are your own worst critic‘ the saying goes and I can imagine that many hard-working artists use this feeling of underachievement to fuel their drive.

When asked if this year’s releases will culminate in a full-length album, Broughton answered “Honestly I have no clue, but what I do know is [I] will continue to drop music regardless.”

Brydon – Guess What (Verses VS Russ) The other half of the Not Quite Human collective is Brydon. Here’s a sample of his sound.

The new double LP from Quakers is a hip hop epic including vocal cameos from, Jonwayne, Phat Kat and...
Genre bending producer Volz teams up with Kam Doja, OG Spliff, and Hollow Creeper to create a new s...
Cosha
Astronauts, etc.
Digging around in the crates: reviving the Four Tet remix of Bicep's "Opal"
Quincy Mumford - Thank You
Brockhampton - Sweet
Klaves brings us some chilled out beats
Ellen Allien's new MDMA remix has us dreaming about the return of the rave