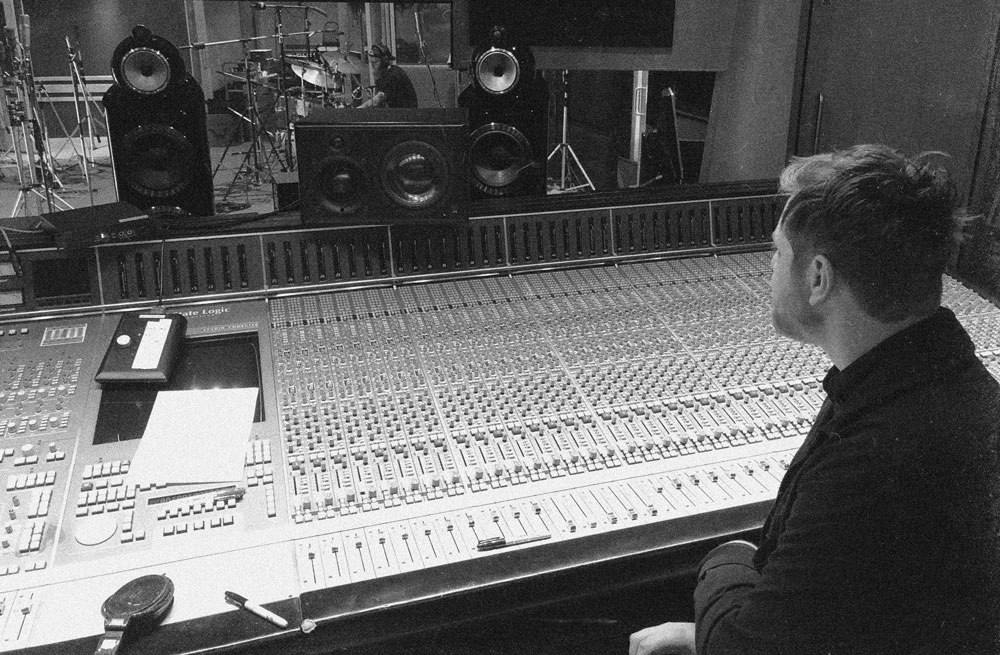 Globe Soundtrack and Score (a division of Universal Music) has teamed up with Abbey Road Studios to create a new music series called Live & Programmed on their Abbey Road Masters imprint. The concept for the series is to pair two traditionally electronic artists together with musicians and orchestrators from London Contemporary Orchestra to add live players and acoustic recording to the crisp programmed sound of electronica.  All recorded at the world-famous Abbey Road Studios.

“Generally, the label has been focused on making soundtrack music and pitching to film and TV creatives,” explains label boss, Ross Sellwood. “But through this process with all of the artists we’ve met and the music we’ve created, we realised that some of these albums are brilliant in their own right. The Live & Programmed series aims to capture that magic and bring it to a wider audience.”

Each Live & Programmed session will give the artists a chance to work with some of the best live musicians in London and the choice of which room to record in. Each space inside Abbey Road offers a unique sound. Studio 1 — one of the largest purpose-built recording studios in the world — is traditionally used for recording large orchestras and was used for laying down the soundtracks for films like The Lord Of The Rings Trilogy, The Empire Strikes Back, Skyfall and so on. While Studio 3 — where Amy Winehouse recorded her final tracks — offers a smaller more intimate space. Or the more regonizable Studio 2, a space that most people will picture when they hear “Abbey Road” because it was the place where some of the most famous albums from The Beatles, Pink Floyd, and Oasis were recorded.

And that is what is so amazing about the series. Live & Programmed is bringing electronic artists into a recording studio that has more commonly been known for its contributions to orchestral and rock music. The idea of recording electronic music live is a great idea in itself, but to record it in one of the most iconic live studios in the world — it’s bound to produce something special.

The first installment of Live & Programmed includes a collaboration between Stuart Thomas (aka Mountain Range) and British songwriter / producer Alyss.

“Taking my personal, laptop based ideas and bringing them to life with drums, piano and London Contemporary Orchestra has taken the album to a whole new level,” says Thomas when talking about recording at Abbey Road. “And to track those players in the iconic Studio 3 at Abbey Road was an emotional experience!”

“It took me out of my comfort zone to compose purely instrumental music,” adds Alyss. “It gave me the opportunity to really hone in on my production skills without the pressure of writing lyrics. Seeing and hearing London Contemporary Orchestra re-create my 2am piano and string midi-notations into gorgeous live recordings is a day I’ll never forget.”

All 13 tracks from the first Live & Programmed instalment are available now on Spotify. Below is a sample of a few of our favorite tracks.

Live & Programmed – Everything Lives On

"Music for Fifteen Emails" —– A new album inspired by the empty streets of coronavirus-stricken New ...
Kokoroko - Abusey Junction
Brace! Brace!
Swiss five piece band, Sirens Of Lesbos release their debut full-length album
German marching band MEUTE reworks a Deadmau5 track into a live techno song
A band dressed like trees. What's not to like about Snapped Ankles?
Afrobeat meets roots reggae with new album from English band: Me and My Friends
Bringing brass back: Too Many Zooz
A new compilation to honor the king of cumbia: Raúl Llerena Vásquez