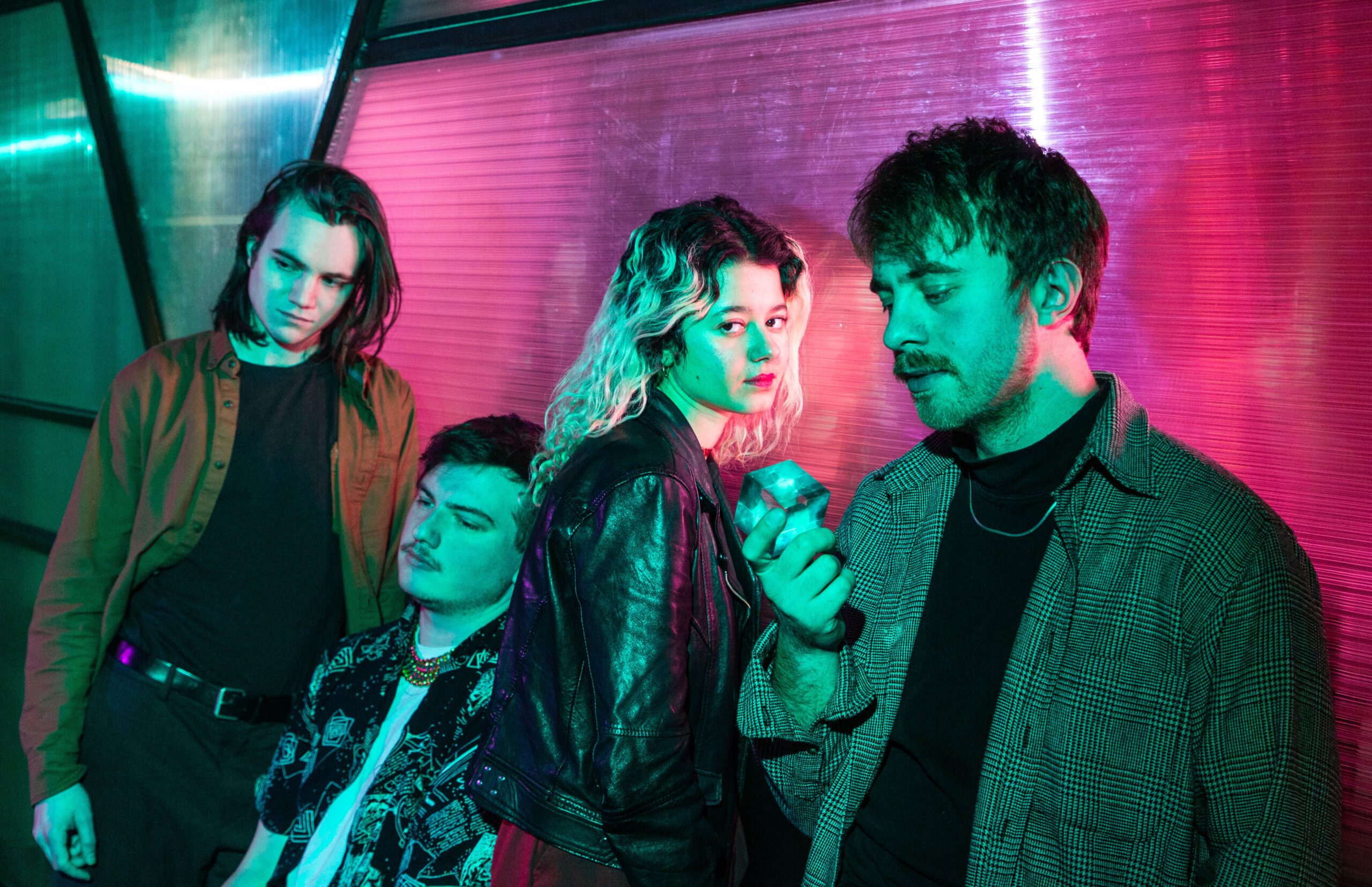 The Brooklyn-based electronic pop group, Psymon Spine combine disco dance vibes with a psychedelic sensibility. The result is a type of chilled out sound that is somewhere between new and nostalgic.

Psymon Spine came together when its core members, Noah Prebish and Peter Spears met at university. Brother Michael Rudinski later joined the group and the band went on to create a few demos as a trio — one of which would become their 2017 debut, “YOANA.”

Meanwhile, Prebish’s work in the dream-pop band Barrie — who broke out last year with her debut album, Happy to Be Here  — led him to meet singer and multi-instrumentalist Sabine Holler. Holler eventually joined Psymon Spine and they created their first single together called “Milk.”

Psymon Spine’s glimmering melodies bear resemblance to the pop smarts of Barrie, but Psymon Spine are on a whole different journey too — embracing and exploring left-field electronic sounds and disco’s high-energy rhythmic breakdowns. Psymon Spine put their own loopy and addictive stamp on the sounds of the past throughout, with surprises at every turn and the type of lush synth work that could only come from such brilliant students of dance music.

For their new single, “Modmed” the band enlists their friend Andrew VanWyngarden from MGMT to lend a hand on the writing and production.

“Modmed” is heavily disco-inspired, fusing those sounds with a quirky pop sensibility. With squishy synth lines nodding to ABBA, drums that call to mind Tom Tom Club’s “Genius of Love,” and a bass line inspired by Larry Levan, the bands’ love for classic disco and house is on full display.

aiwake: Palm City
Agoria and Jacques team up to create an original motion picture soundtrack for Olivier Van Hoofstadt...
Àbáse - Skeme Goes All City
A medley to remember the greatest film composers of all time: Ennio Morricone
Duval Timothy's record "2 Sim" is an audio journey into contemporary West Africa
Debut Full-Length Album from Argentinian Producer: Catnapp
Sam Gendel takes us to a trippy new world with his electro-sax rework of "Pure Imagination"
New Single from TOLEDO
The “Untitled” album by SAULT could be the spiritual soundtrack for the Black Lives Matter movement