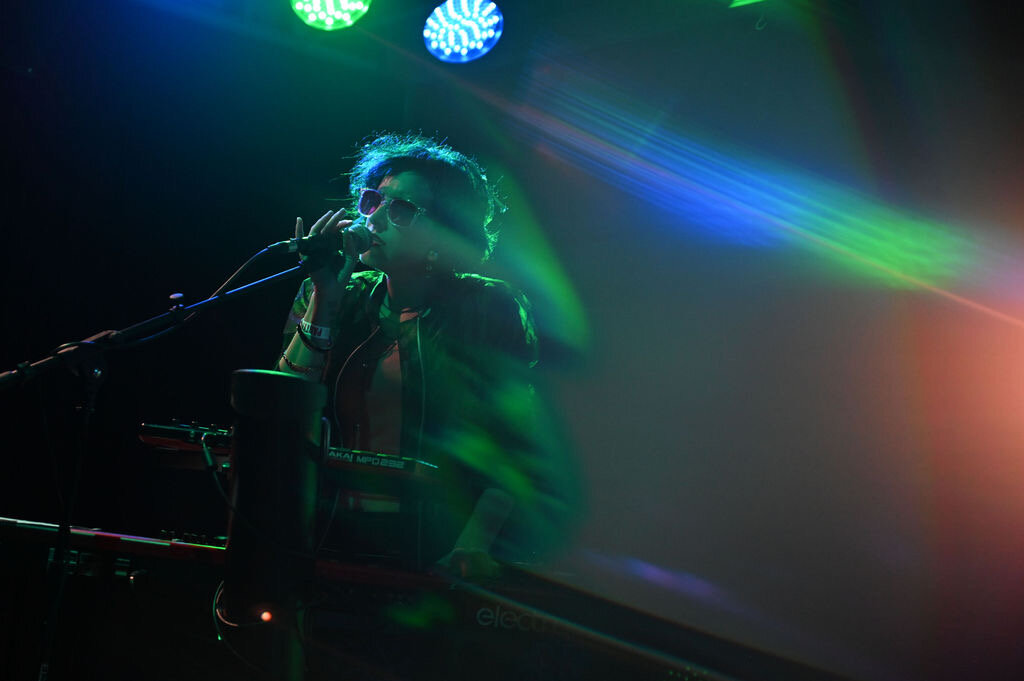 “Out of sight, out of mind.
Temporary by design.
‘Cause it’s easier.”

This is one of the opening lines of “Easier” — the latest single from San Francisco-based dark-pop indie group, New Spell. The song is a dystopian anthem that raises concerns about the future of our planet. It brings up a feeling of being trapped in a capitalist political system that seems apathetic to the challenges of climate change.

New Spell is made up of vocalist and songwriter Leanne Kelly in collaboration with with drummer Jacob Frautschi and producer Max Savage. Leanne uses her background in psychotherapy to inform her writing. As a result, New Spell’s music explores many socio-cultural topics — climate change, mental health, the attention economy in the digital age.

“Easier” is off of New Spell’s latest album Of Time, Part III — released earlier this year. Four years ago the band released the first track of what would become the the three-part Of Time series. Over the years, the group’s dark and layered synth-based aesthetic came more into focus as introspective themes were woven throughout the songs. The collection of songs became a meta-narrative, simultaneously reflecting the impact of living in a time of unprecedented upheaval, while also acknowledging the idea that music itself is a means by which we decorate time.

At the end of last month, New Spell released a new EP that reimagines the Of Time series in a variety of different genres. It’s called “Of Time (Remixed)” and it features remixes from other northern Californian-based artists including Akiyoshi Ehara, Vandal Moon, Maitre D, Senzatimore, CTRO, and Adam Brookes.

Go to the New Spell Bandcamp page to buy the Of Time (Remixed) album.