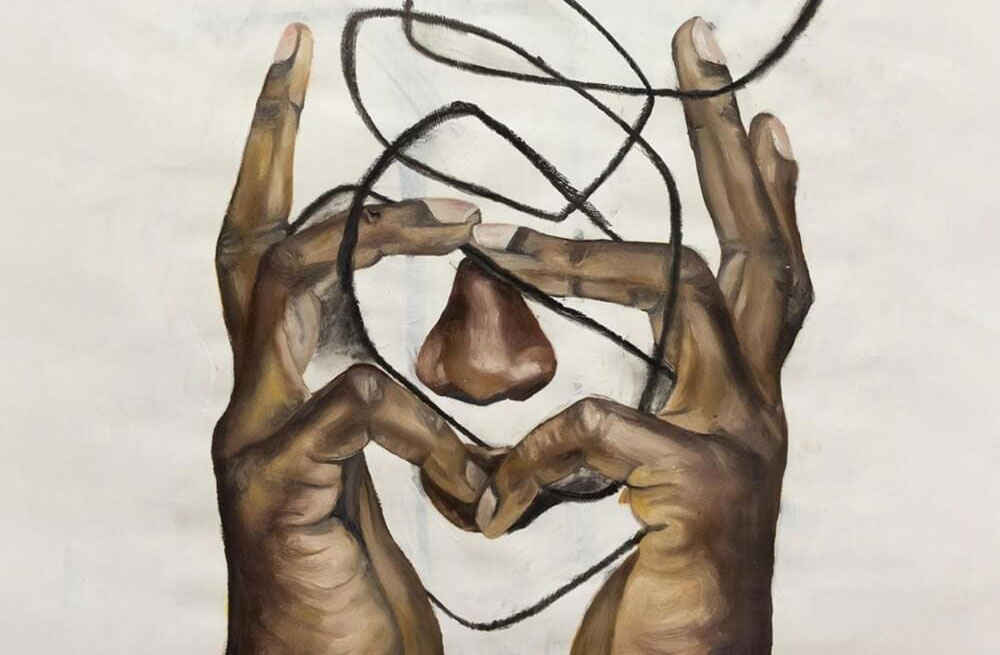 Streams of Thought: In practice, and in music

I love hip hop, especially rap; always have. I also love finding new artists through other artists I already follow. There’s nothing like the independent discovery of something valuable. Sampling and features have always been an important aspect of hip hop, and in a lot of ways, that makes that chain of discovery even easier.

In October of this year, Tariq Trotter, perhaps better known as Black Thought, or perhaps more frequently described as “your favorite rapper’s favorite rapper” or the “GOAT,” recently released his 3rd solo album, Streams of Thought, Vol. 3: Cane & Able. It became a powerful soundtrack and backdrop to the US presidential election nightmare that I couldn’t sleep away, and also a reminder of all the ways music can be connected to our own experiences and memories.

Black Thought is the lead emcee of Philadelphia’s iconic The Roots, but I’m not sure how well known he was as a lyricist and wordsmith prior to the mid 2010’s. Over the past few years, the industry has unquestionably taken notice, and perhaps this was around the time a friend linked me to his astonishing 10-minute freestyle on Funky Flex, whose show airs on NYC’s Hot 97 Radio Station.

If you are a fan of straight, hard rap, those first 2 volumes are excellent, especially if you enjoy social commentary delivered through relentless and masterful wordplay over old-school sounding drum and bass lines. The albums are gritty, dense, and winding, and I’m not sure there’s even a chorus or hook on a single track.

Volume 3 was released in October and I think represents another evolution in his incredible career. Musically, it is more adventurous and approachable for a wider audience, but maintains the substance, wit, and lyrical prowess we have come to expect. I think it also captures and reflects back a lot of relevant social and political themes. While I can confidently recommend this whole album to almost anyone, and even enjoy the sketches and samples between tracks, the one that surprised me the most was the first of 3 tracks made in collaboration with Alaska Indie-rockers, Portugal. the Man, called Quiet Trip, and that’s the one posted here. According to Spotify, the only track from this album I’ve replayed more times is State Prisoner, which has a drum progression and groove I cannot get enough of. Quiet Trip is everything I expect lyrically and energetically from Black Thought, with the addition of a really catchy chorus with Portugal, and an absolutely addictive breakdown. It’s a kind of musical experience that I’ll associate with this period in our history forever, I think.

I am inspired by how many icons and legends in hip hop have evolved within and alongside a genre that, as we know it today, is only as old as the masters like Black Thought. We have artists with decades old careers not just pointing out that they have accomplished something significant, but also being intentional about elevating the genre and celebrating the greatness of others. A common form of this affirmation is a feature, a signal of respect for someone else and also providing a space to say something of their own.

Back to the Feature.

A North Carolina rapper named Rapsody had a short verse on Dostoyevsky, the third track on Black Thought’s first Streams of Thought album in 2018. From this and my subsequent searches and streams, when she released her 2019 album Eve, it came quickly across my various feeds, and quickly onto my list of favorite rap albums.

Eve is a concept album, where each song is dedicated to, and named after, one of her heroes. It is compelling from start to finish, flowing smoothly between tracks and showing her virtuosity, skill as a lyricist and talent for story-telling. The production and sampling are solid, and she manages to drop clever one-liners that somehow don’t detract from the message and impact of each verse. There is a feeling of continuity throughout the album, even though style-wise, there’s actually quite a bit of variability from song to song. There is the force and poetry of Cleo, setting an artful “not fucking around” tone early in the album, then the mellow and melodic Maya at the halfway mark.

Reyna’s Interlude completely changes gears, in the 2nd half of the album, but fits perfectly in its’ place, before the gears shift again. It’s a slower, more spacious and contemplative song, that I think immediately adds genuine nuance and dimension to her personally, and acknowledges a layer of complexity baked into all of her music and what it represents, and speaks to. By the end of the song when the beat plays out, I feel like I just went on a linear journey somewhere, one that I’m ready to start over again. I’ve learned to appreciate the people that have impacted me, and how important recognizing and “seeing” people is, and this album represented a sort of reverence and celebration of stories past and present, the gravity that draws them together, and how we experience that force.

Back to the Feature, Part II

With Rapsody part of my big tech algorithm now, I was intrigued by a track that entered my feed where she was featured on Anderson .Paak’s song called Without You, from his 2016 album Malibu. I looked him up, listened to the Come Down track about 6 times in a row, head and shoulder pumping my way through the house in pajamas, suddenly motivated to tackle long neglected chores, then watched his NPR Tiny Desk Concert, when I realized he plays the drums WHILE singing, and sometimes rapping. I was impressed by his technical proficiency before that, and I’ve seen some drummers also sing, but had never seen one as lead vocalist and drummer.

Anderson .Paak may not be new to TNLF fans here, and I know he’s been on a few mixed tapes over the years. But that Malibu album, which received wide critical acclaim, brought a liveliness, sincerity, steadiness, and swagger to what felt like a not-so-slow build-up towards an epic disaster in 2019. We know where things headed next, but here was, and is an album that can be escaped into, while feeling the pulse of reality, and is dreamy and fun enough to make you sway, bop and grin. This album has soul, it is boisterous, but refined and overall I suppose it is some blend of hip hop, R&B, and funk. I have been following him since, and am always excited to see reciprocal features with Rapsody, Black Thought, and countless others that will continue this chain of discovery in the future.

His 2020 summer single Lockdown feels like an appropriate way to conclude this stream of thought and music, and how apropos for this moment of history we are living in: Urgent, frustrated, and reflective, but with stylish charisma and optimistic energy.

For his new single, California-based producer, David Provenzano steps away from pop music to make so...
Beck's new album, Hyperspace is out today
Tim Rose and Darien Newton join forces on a road trip in search of beats
Playback: Camp Bestival 2021
Digging around in the crates: reviving the Four Tet remix of Bicep's "Opal"
Don't let the badly photoshopped album artwork turn you off to the music of the Sheitan Brothers
"Natures Diary" — a new album that combines lo-fi beats with recordings of the natural world
Hoodboi - Glide (Feat. Tkay Maidza)
New single from Kraak & Smaak: "I'll Be Loving You"