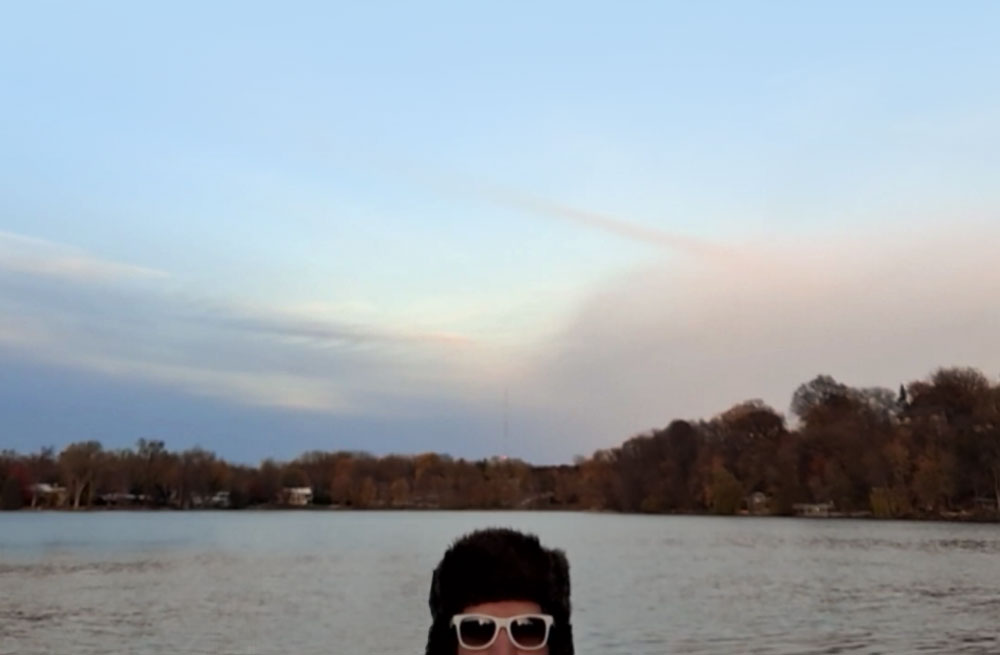 Kazaizen is the moniker of the Minnesota multi-instrumentalist, Jonny Kasai. Cyclops Dragon Light Switch is his debut album. The 10-track record is a parenthetical commentary on where we are all going as a human race. But the album doesn’t take itself too seriously; it’s okay to get a bit sidetracked.

Sonically, the record aims to merge melancholic psychedelic rock with a sort of sci-fi surrealism. There’s no doubt that his sound is influenced by the music of the 60s but there is also something very modern about the sound. It pays homage to the past but in a way that is looking forward to the future.

With the release of Cyclops Dragon Light Switch, Kazaizen joins the Non-Violent Music Nation — a collective of Minnesota-based artists who seek to challenge the status quo. Kazaizen, along with the other artists in the collective, hope to move people away from the sometimes shallow content of pop music and culture in order to encourage people to move towards music that taps into more profound experiences.

To that end, Kazaizen started releasing music videos to further explore the topics in the music. The first music video, “Oranjtanman,” came out right after the US Presidential Elections and referenced recent political themes in the nation. Kazaizen quickly followed up the success of “Oranjtanman” with three other music videos: “What the Funk,” “Telephone (All Alone),” and “By The Sea.”

One of my favorite songs of the album is “Lose Your Self.” (The intentional separation of “Yourself” in the title is a reference to viewing self as a separate entity; the ego).

“Lose Your Self is a song about losing your preset ways of thinking,” explains Kasai when talking about the album. “Feeling, and losing the preconceived notions of what others tell you being the correct way. It’s about finding truth within yourself, no one else.”

Cyclops Dragon Light Switch will be out on Wormhole Records, but for now you can stream a few of the songs off the 10-track debut below:

Tom Misch - Water Baby
“Touch: Isolation” a new album to support artists and musicians during lockdown
Joey Purp's new album: Quarterthing
It's an oldie, but goodie: Freeform Five's "Leviathan" EP
For his new single, LA-based indie electronic producer, Kauf delivers a message about social justic...
Dust-to-digital present an alternate history of the world's music with their new release: Excavated ...
Kauf teams up with Lex from Overjoy for his latest single "Am I Crazy"
Listen To This: Die Antwoord Hit Back At Closing Walls With Slang-slurred “DntTakeMe4aPoes”
The "Somewhere" mix by Xavier Borghini